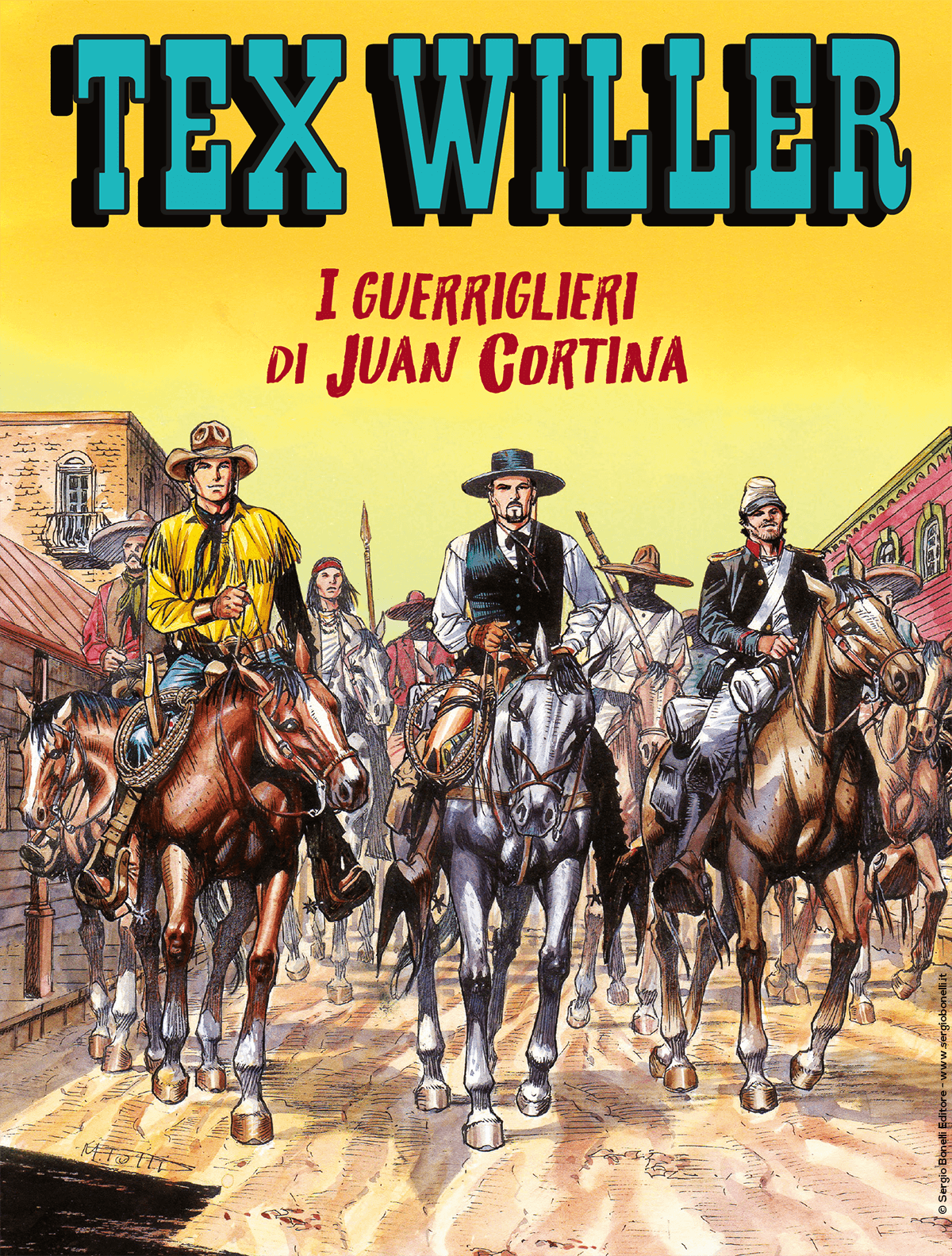 A bandit for the Texans, a patriot for the Mexicans! Juan Cortina sparked a war on the Texas-Mexico border to protect his people oppressed by the “Anglos” conquerers. Two gringos arrive at Matamoros, where the troops called Cortina’s Eagles are stationed: Milton Faver, carrying a message from Governor Houston, and Tex Willer, who went there after his old friend asked him for help. Will Juan Cortina ask him to fight on his side? Will Tex have to betray Texas? That’s what Pedro and Miguel hope for, wishing to fight alongside Tex Willer again!