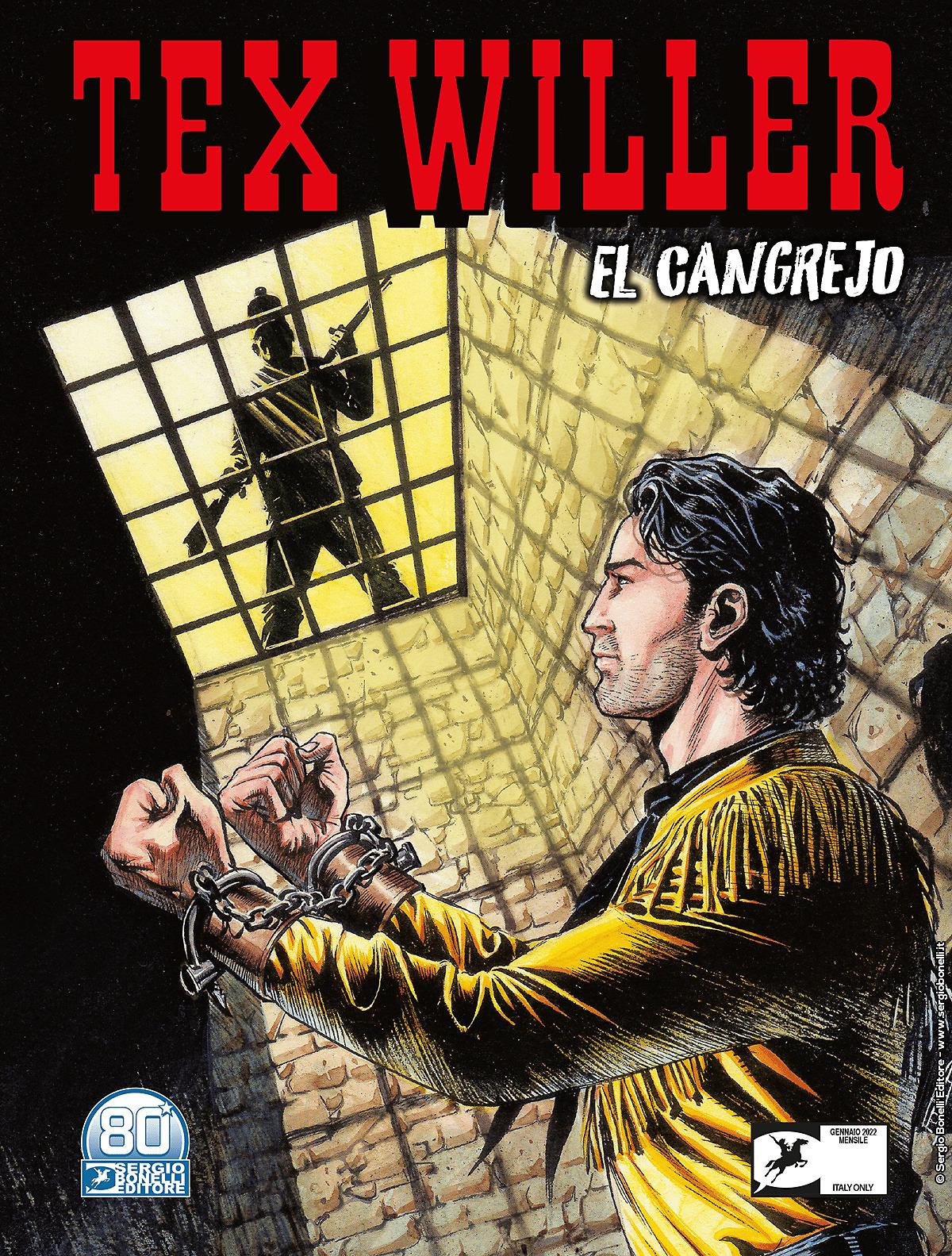 Introduction: An unerring killer, a ruthless rancher, and the sadistic tyrant of a Mexican prison…

In the penitentiary fortress called “El Infierno”, everybody wants Tex Willer’s death… Only an old inmate named Duarte and a gringo, Hutch, root for him in the wicked game conceived by the diabolical warden, Jorge Santacruz, for his entertainment… Freedom is a faraway mirage, but the last chance to get it could be to find and kill a legendary Comanchero who hides in the Badlands north of Texas… But, beyond the border, the Rangers, Kit Carson, Arkansas Joe, Dan Bannion, and Ben Dragoo are also on the tracks of El Cangrejo…