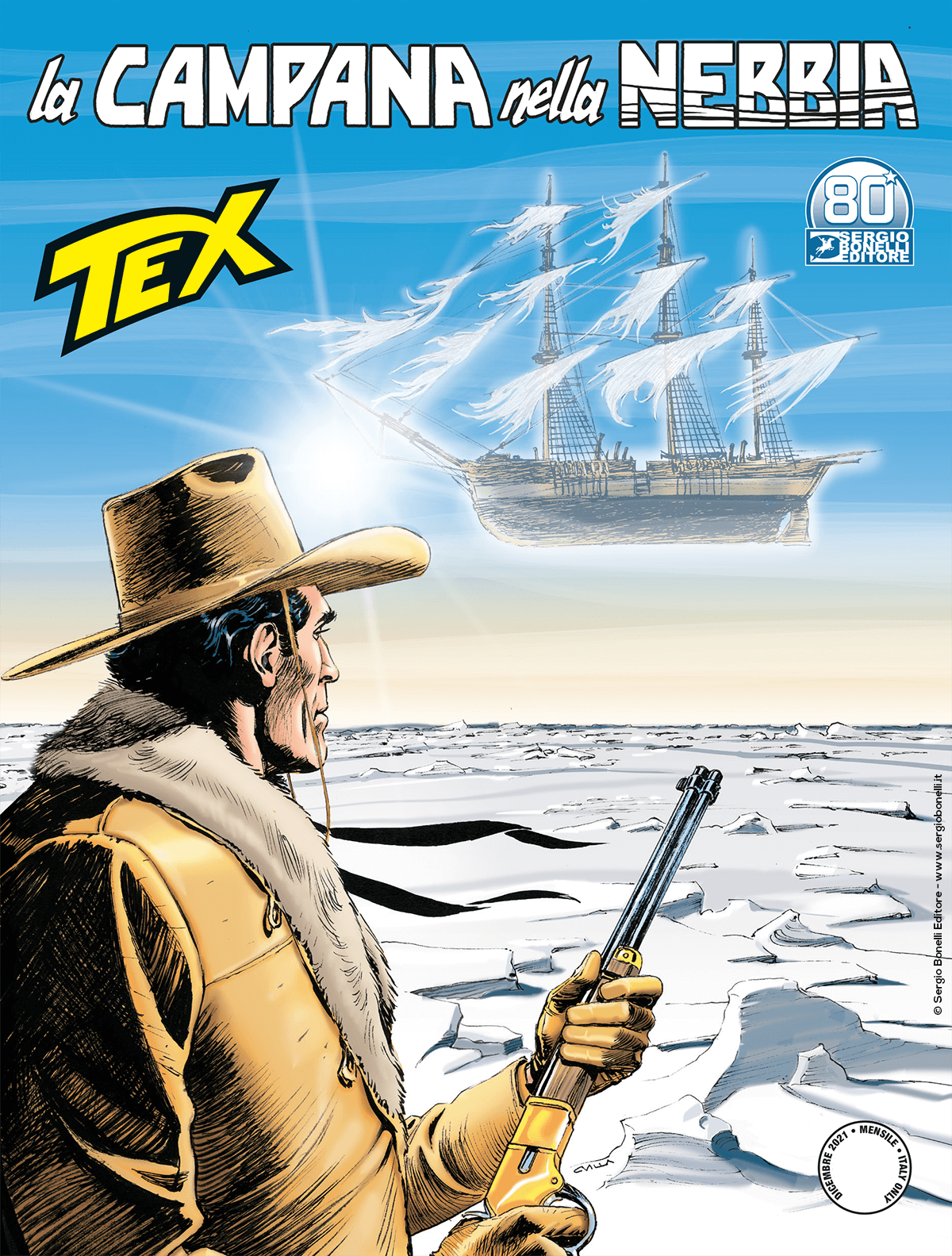 Introduction: Woe to those who dare challenge the spirits of the Arctic!...

Dawn has fallen into the hands of a ruthless hunter, Tornuak, who dreams of having his revenge on the monstrous bear who massacred his family... Tex and his pards race against the clock to save her and reach the other members of the British expedition... Meanwhile, Captain Bailey and his men see a mirage and hear a mysterious bell tolling. Who is waiting for them in the fog? Do the Mahaha, the pale and demonlike ice spirits, really exist?