Introduction: South of the border, in the wild Sierra Madera!

Colonel Cunningham’s rogues go into action, but their first victims aren’t the blood-thirsty raiders led by prophet Revekti. Tex and Johnny Laredo now know they’ll have to fight on two different fronts. Meanwhile, in the rocky maze of Sierra Madera where the “Valley of the Gods” is hidden, protected by armed sentries and by the marshes called the “smoking land”, Revekti sends two of his men to spy on the enemies’ moves: his brave right-hand man, Ahwig, and the ambitious Navajo, Goyaklee, brother of Mazay, one of the Fort Apache scouts under Laredo’s orders... 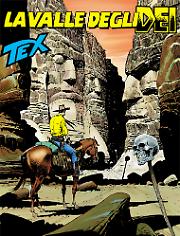 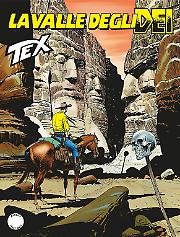