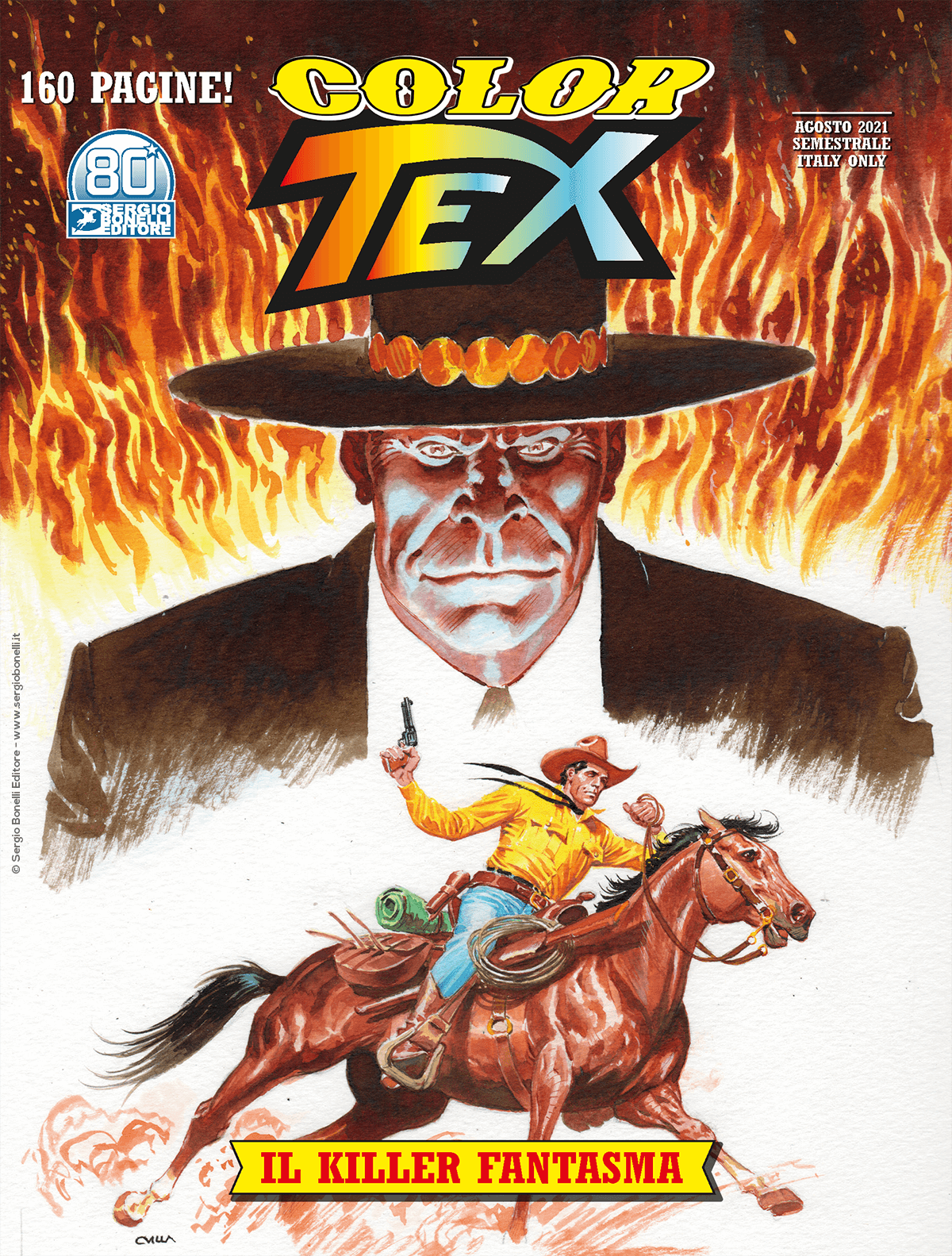 Introduction: A black-clad killer, who’s back from the dead…

He goes under the nickname of “Jack-in-the-box,” like the toy that terrorizes young children. He appears and vanishes all of a sudden… But Jack Palmer is a ruthless killer whose main feature is being already dead! Now he’s back to the town of Roxanne to kill his enemies one after another… Only Tex and Carson’s guns stand between the ghost and his victims!