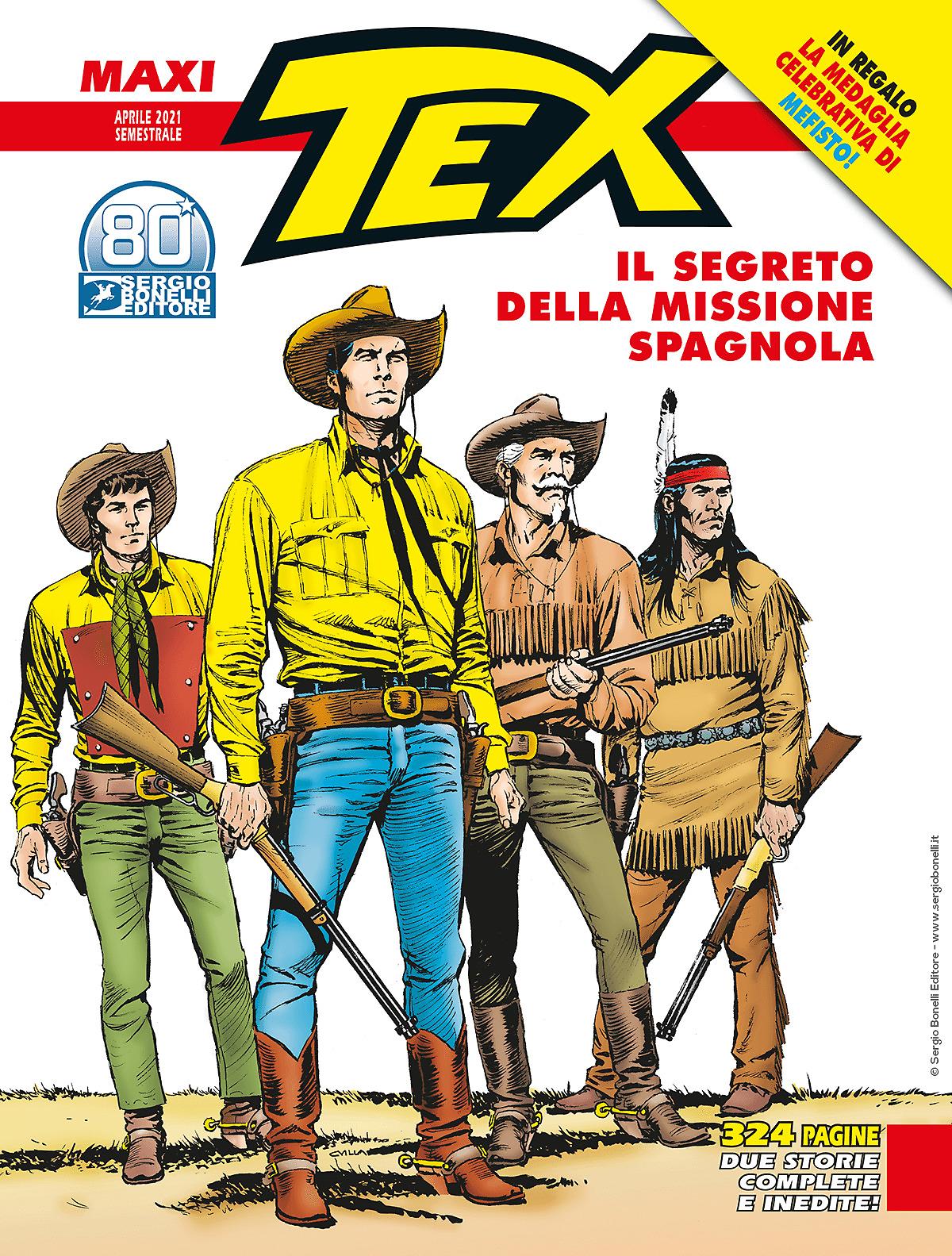 Introduction: From the arid South-Western tracks to the Colorado snows… Two powerful adventures!

After a bank robbery in Southern Arizona, Brad, a young outlaw, disappears in the territory of the rebelling Apaches. Tex & Carson take Zachary, the young man’s elderly father who’s desperately looking for his son, under their wing... Many people covet the loot from the robbery, and the situation won’t be easy for the two Rangers...

Among the Colorado mountains, ruthless robbers on the run are being chased by a relentless Tex Willer. The snow and intense cold don’t make things easy for him, and when the family of Bob Folson, a local farmer, is involved in the fight, the beleaguered Ranger will have to use all his resources to prevail over the men of the Clyde Boyle gang!

With a free commemorative medal of Mefisto!