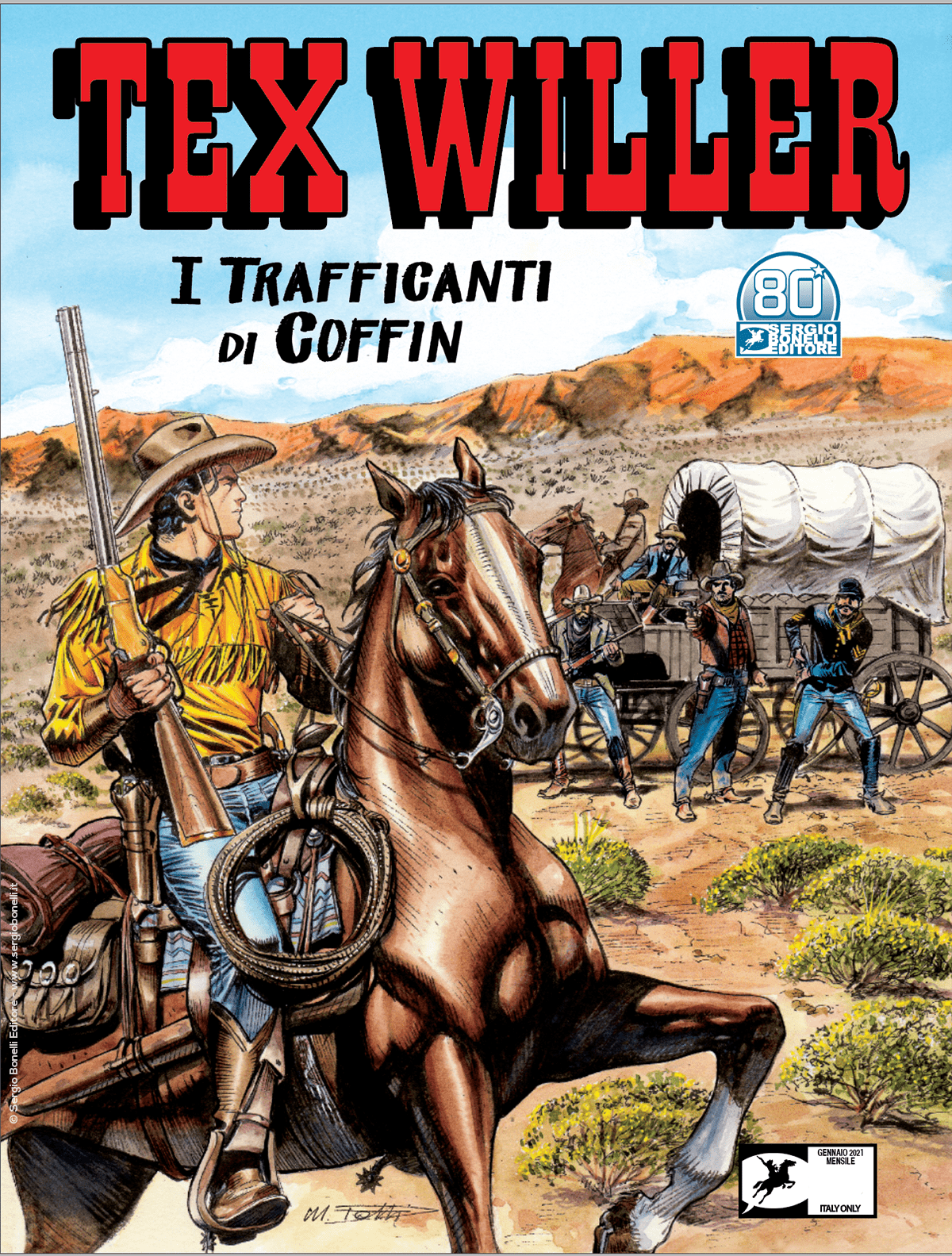 Tex is determined to catch John Coffin, the only surviving accomplice of Rebo who can exonerate him. While he’s trying to prevent Coffin from stealing a load of weapons intended for the army, our hero stumbles upon an unpleasant and unexpected surprise. Not only the Coffin gang, but also Fort Bliss’ soldiers, and all the region’s Sheriffs are against him. What about the Texas Rangers? Which side will Dan Bannion and Buck Barry, who went there to investigate the disappearance of the weapons, take?