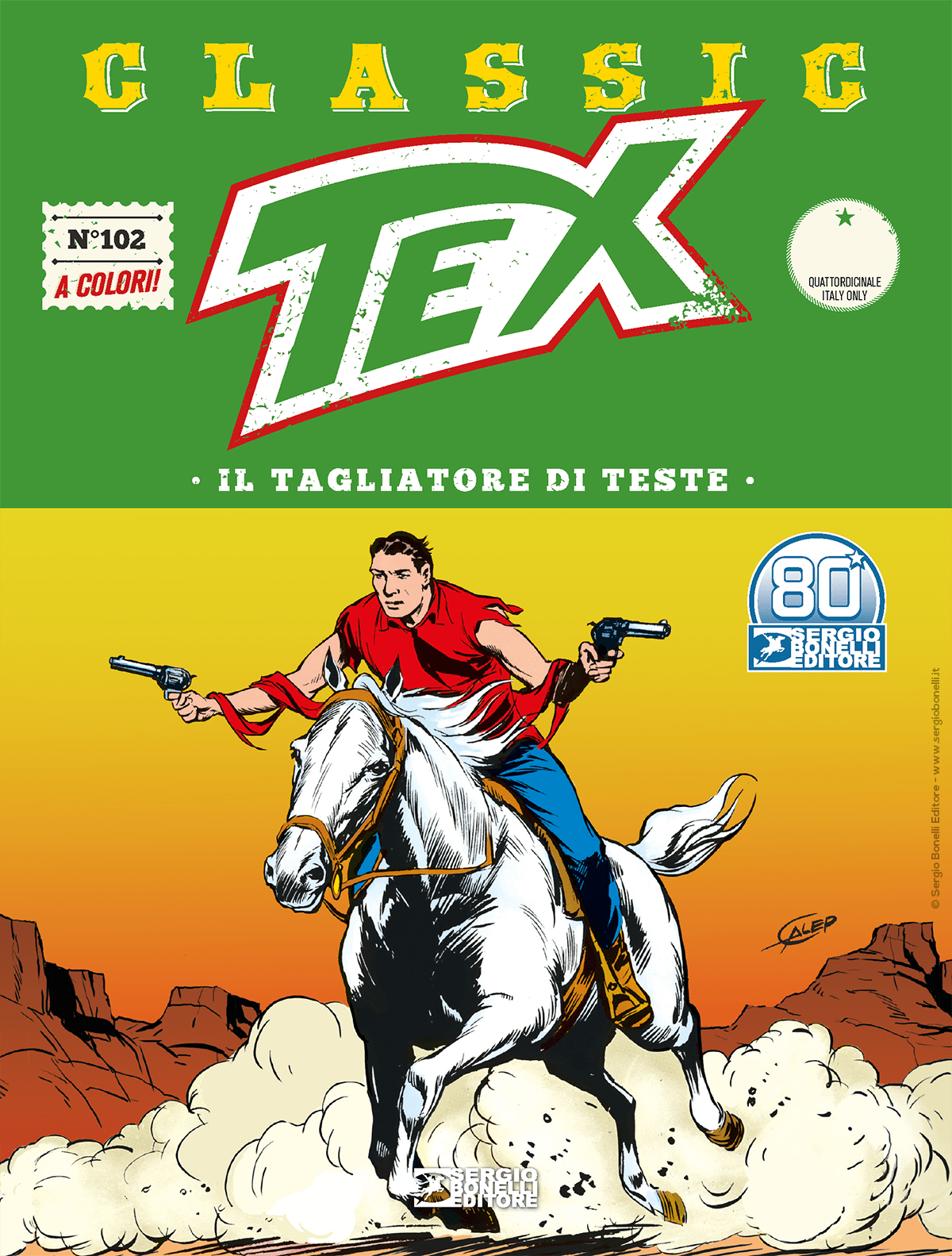 Introduction: “I turned around, and suddenly I saw a black horse emerging from the darkness. It was mounted by a large ape wielding a broadsword.”

Back to the Navajo Reservation, Tex hears drumbeats and an appalling scream. Investigating, he stumbles upon a terrorized group of cowboys who, round the fire, warn him about a monstrous creature that’s roaming the prairies. It looks like an ape wielding a curved broadsword and mounting a hellish black horse, and it hunts down the unfortunate people who come its way and cuts their heads. To find out what or who is hiding behind the cruel “head hunter”, Eagle of the Night will have to overcome the mistrust of the nearby town’s frightened citizens. Then, he’ll need all his smartness to unmask the terrible monster…