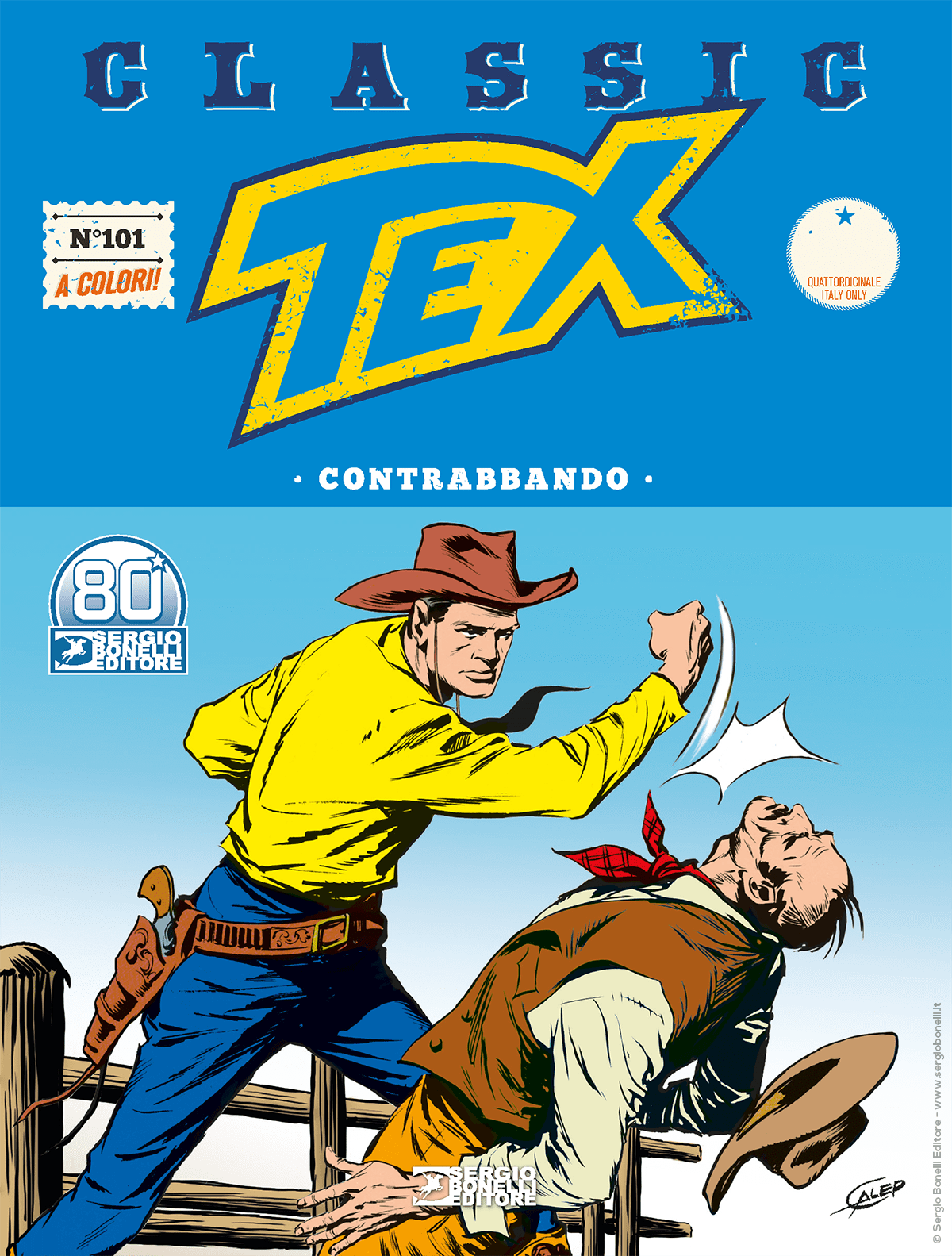 Introduction: “Stand up, you goon!... And don’t tell me you had enough. The first blows were just an introduction.”

Tex is summoned by the Fort Davis colonel, who shows him a brand-new model of Winchester gun found in the hands of a Comanche warrior killed in a fight against the U.S. Soldiers. To find out who is the arms dealer who supplies the fierce rebel Native tribes, Willer and his pards need to go to Fort Stenton disguised as horse breeders. Here, they will start a long and dangerous investigation to uncover a plot involving distinguished scoundrels. One of them is Floyd, the new Indian Agent who, along with his partners in crime, didn’t hesitate before killing all the people who got too close to the truth about his shady business…