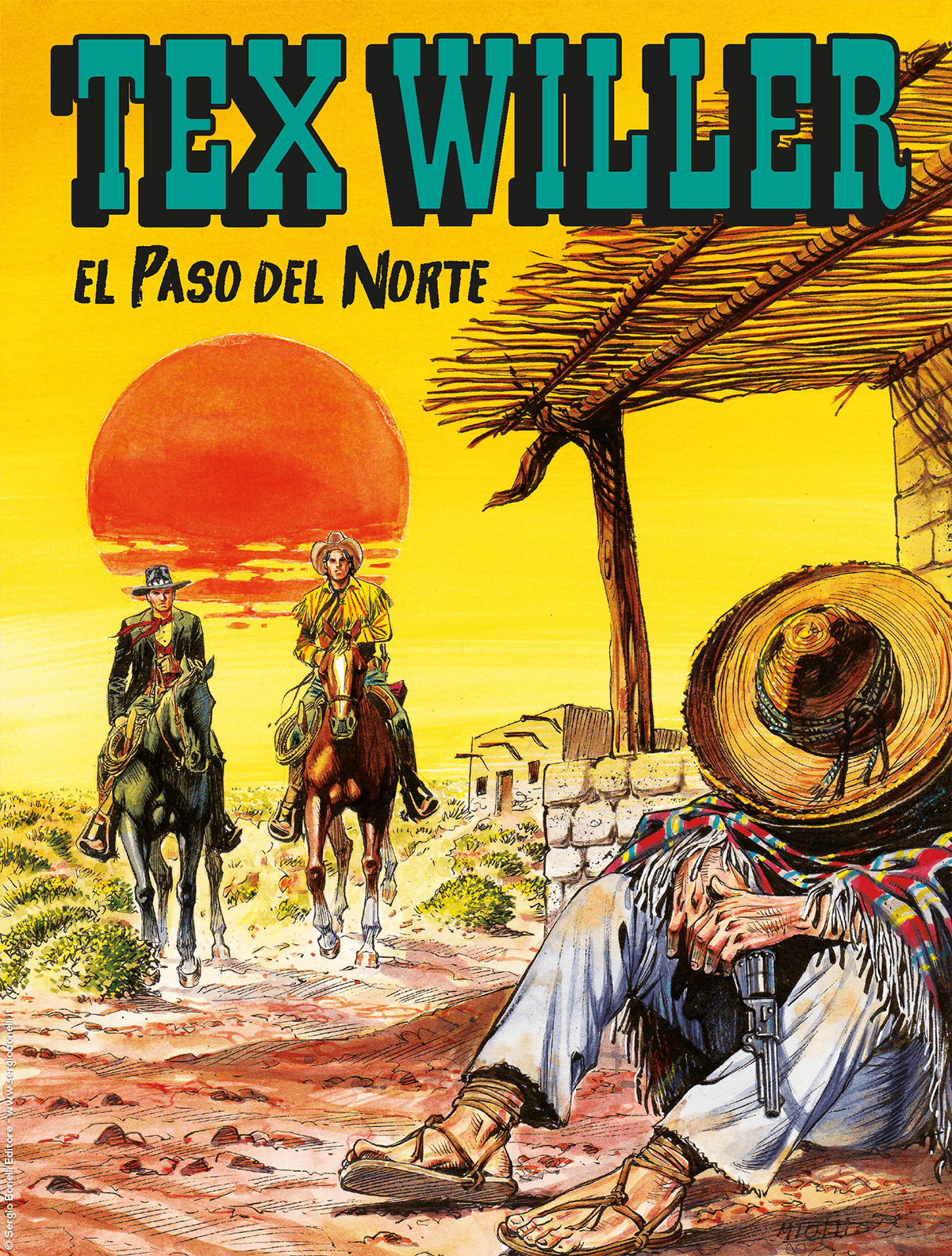 Introduction: A lawless town, just south of the Rio Grande…

John Coffin is alive! One of the culprits of Sam Willer's death, Tex's evil adversary in the adventure of the Mysterious Totem, is still pursuing unperturbed his career as a bandit and arms trafficker. And he's also the only one who could exonerate our hero from the false accusations hanging on his head. Tex tries to find him, but he's about to uncover a nest of vipers, and he doesn't know that the Texas Rangers are on his tracks, too…