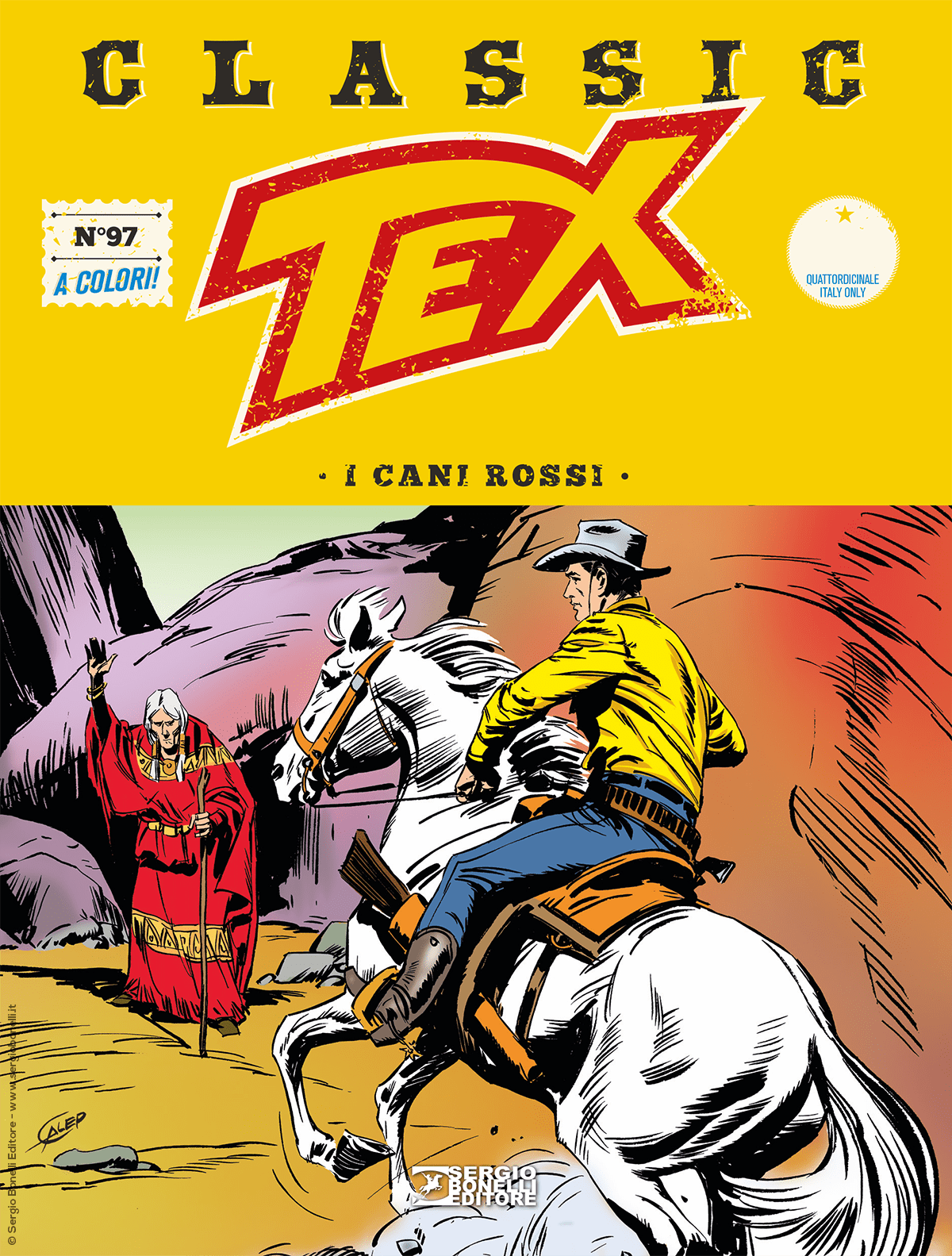 Introduction: “Let’s go!... I can’t fathom who’s the poor devil for whom the drums roll... but they will lead us to the village of the Red Dogs!”

The death of Eski-Mayo, the Sabinas tribe’s brave and wise chief, leads to a dangerous fight for succession between his son, Too-Nai, the legitimate heir, and May-Koo, a silly and greedy warrior who orchestrated the chief’s murder, in cahoots with Tabul, the medicine man. To foil their conspiracy and prevent them from taking their peaceful tribe on the warpath against the White people, Tex and his pards embark on a long journey across wildlands. Here, among diabolical traps and lethal threats, they fight and conquer the warlike members of the Red Dogs tribe. But they can’t stop their enemies, who have caught and tortured May-Koo, from killing him. The few survivors from his lethal bullets tell Eagle of the Night about the existence of a mythical “city of gold”, and he starts searching for it to find the truth about its legend…