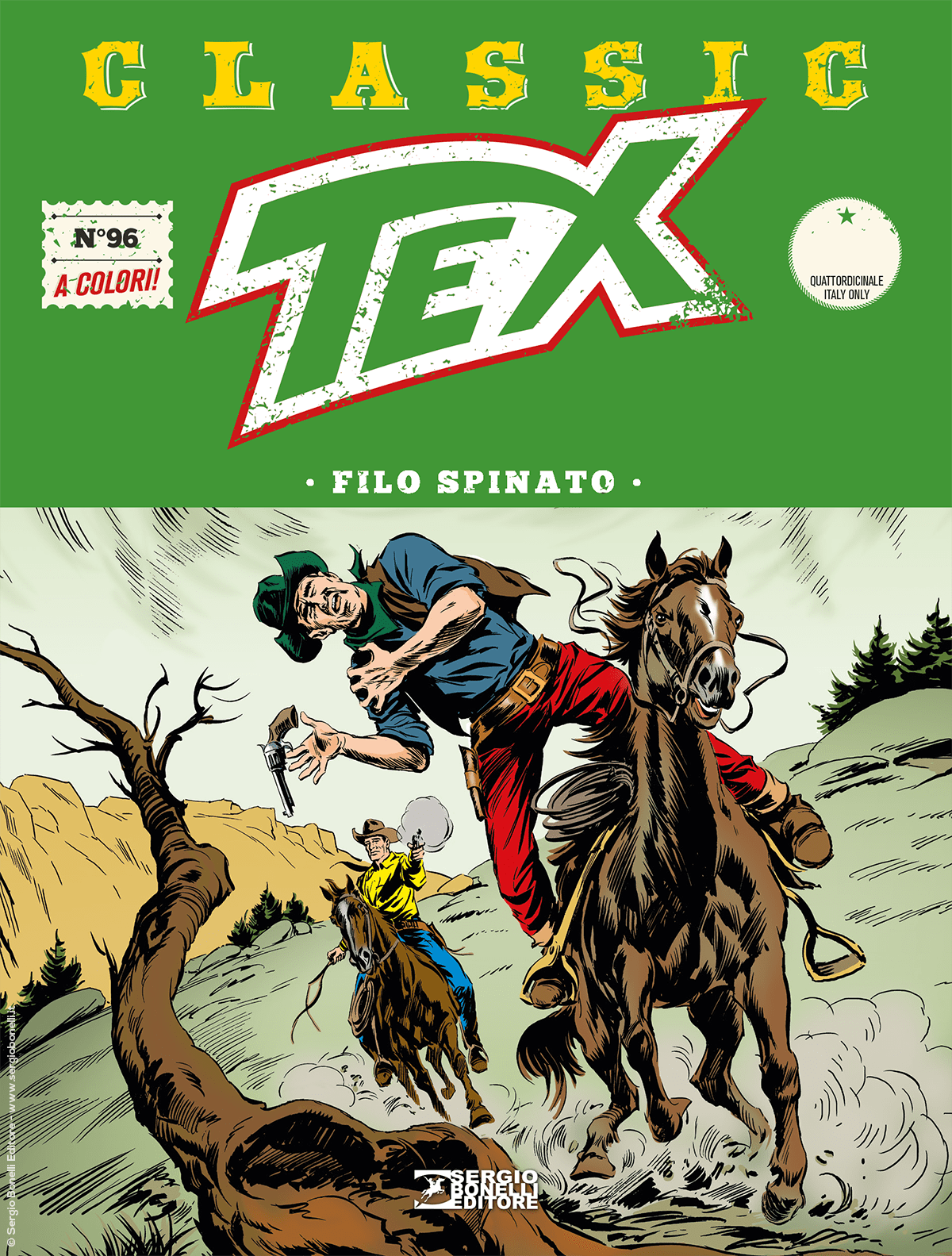 Introduction: “What’s that about dynamite? You’ve made a mess of half our town and…”

In order to stop once and for all the injustice perpetrated by Mr. Rickett, a violent rancher who’s imposing his rule on the area with his gang of cutthroats, Tex Willer plays the part of the cattle breeder, buying 5000 acres of land along the path crossed by his enemy’s herds. Along with his trusted pard, Carson, and his son Kit, our Ranger faces several attacks by Rickett’s men, chasing them away every time. Playing it clever, Tex launches his counterattack, blowing up with dynamite the enemy ranch. Rickett tries to report Tex to the authorities, to no avail: far-sighted, the Ranger had created an iron-cast alibi for himself and brought the town’s sheriff to his side. The rancher is forced to give up and swallow his bitter defeat… In the following episode, the mysterious death of Eski-Mayo, the Sabinas tribe’s brave and wise chief, urges Eagle of the Night to investigate a despicable conspiracy hatched by May-Koo, an unscrupulous warrior, and Tabul, a treacherous medicine man, to usurp Too-Nai’s legitimate right to succession…