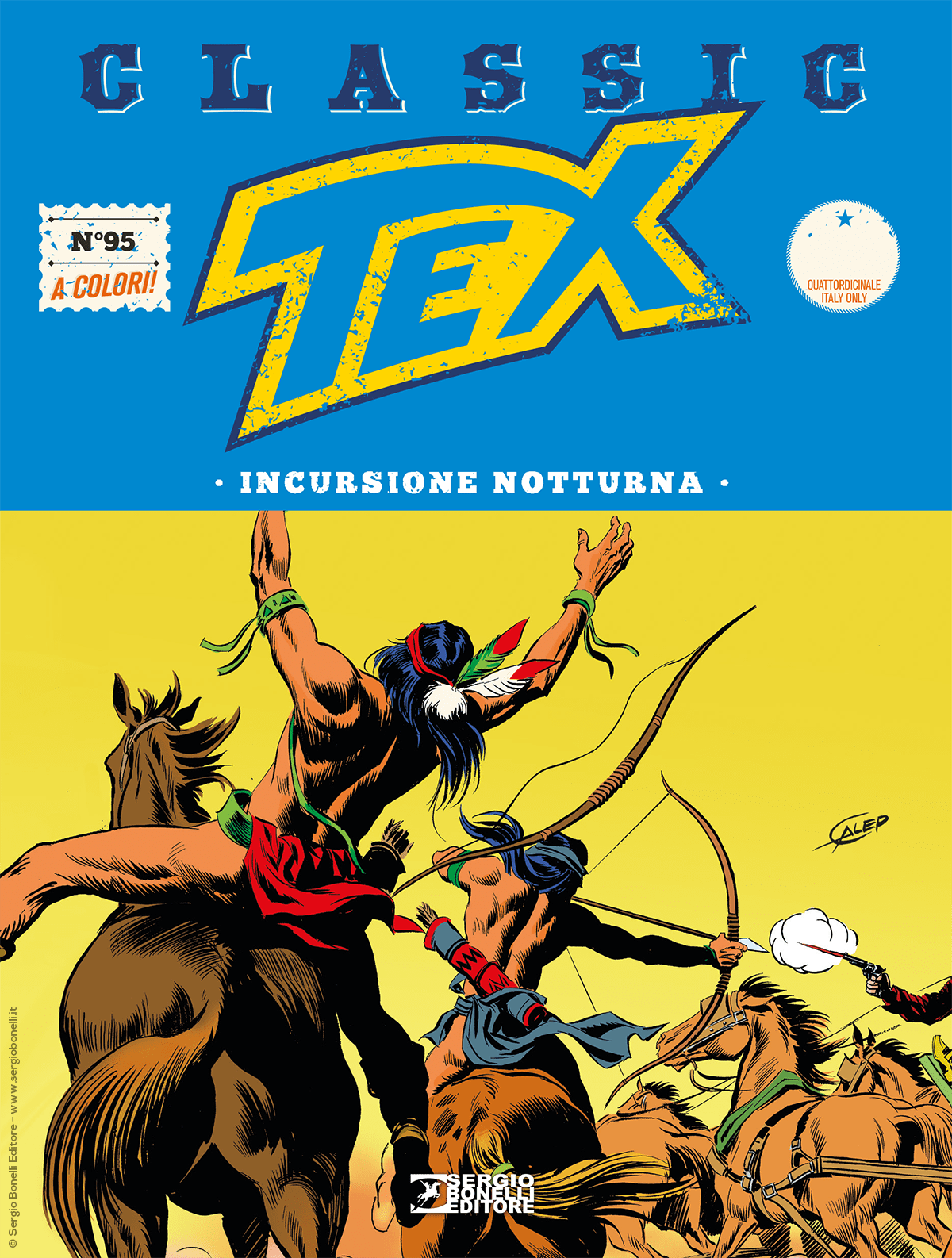 Introduction: "You made a mistake, Ranger! Hands up!"

To stop a violent gold rush on the Navajo lands, Tex takes turns between his usual role as a guardian of the law and, hiding behind a skeleton costume, the Man of Death's identity. Without shedding blood, avoiding a dangerous turn of the situation, he successfully attacks the greedy and ruthless adventurer led by the villainous Mr. Simmer and his henchman, Kurt. To increase the tension and force the army to act, the two criminals fake a massacre of White men, ordering their men, disguised as Navajo warriors, to attack a wagon train of peaceful merchants. The Ranger and his trusted pards thwart the shady plan, turning the tables against those who hatched it… In the next episode, Tex faces a violent ranch owner who, with the help of his men, is spreading injustice against anyone who dares to step on his lands…