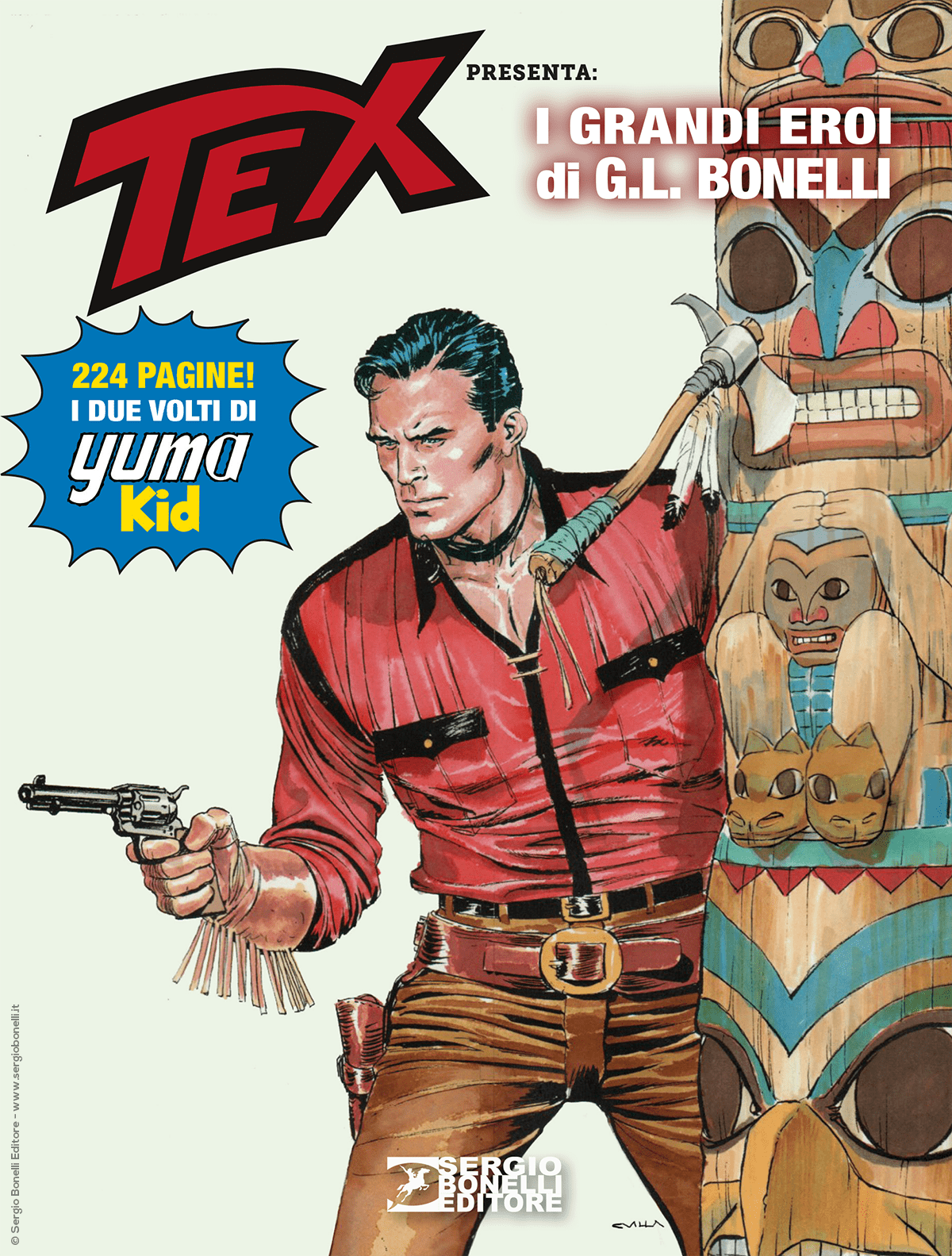 Introduction: Our Magazine about Adventure invites you to find out about Yuma Kid! One of the many heroes created by Tex’s “dad”, Gianluigi Bonelli.

Yuma Kid is a Wild West rider with a dark past, armed with an infallible gun, created by G. L. Bonelli in 1952, for the art of Mario Uggeri. He wrote a new version of the story in 1976, in a graphic novel in collaboration with another great artist, Jorge Moliterni. Now, for the first time, the two Yuma Kid run together!