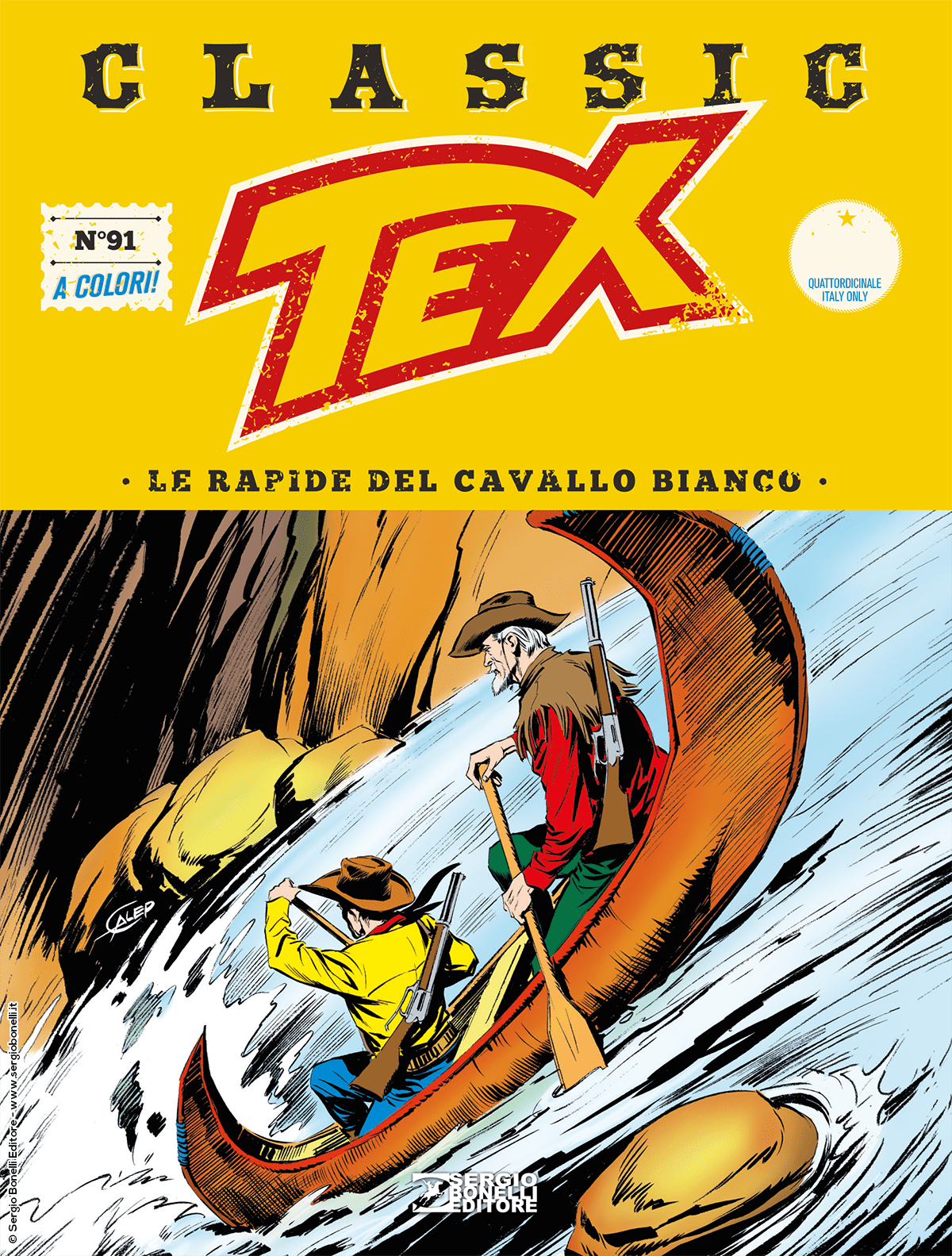 Introduction: “Mefisto!... Your powers may be diabolical, but the day will come that I can make you pay dearly for what you did!”

Allied to the old but greatly skilled hunter, Gentry, Tex continues his hunt for the fearful Hualpai warriors. At the orders of Mefisto, the warlock who is the Ranger’s archenemy, they kidnapped Tex’s son Kit and his pardner Carson. It is a long chase, full of deadly traps that Eagle of the Night manages to avoid by a hair’s breadth using all of his abilities and cunning. When he finally locates Mefisto’s lair, a dark fortress carved into the rocks of the Rainbow Mountains, a shocking surprise awaits him: the diabolical magician employed his darkest magic arts to hypnotize Kit and Carson, making them his slaves. Even when the best Navajo warriors, led by Tiger Jack, come to help him, the battle still will be long and more uncertain than ever, for Tex...