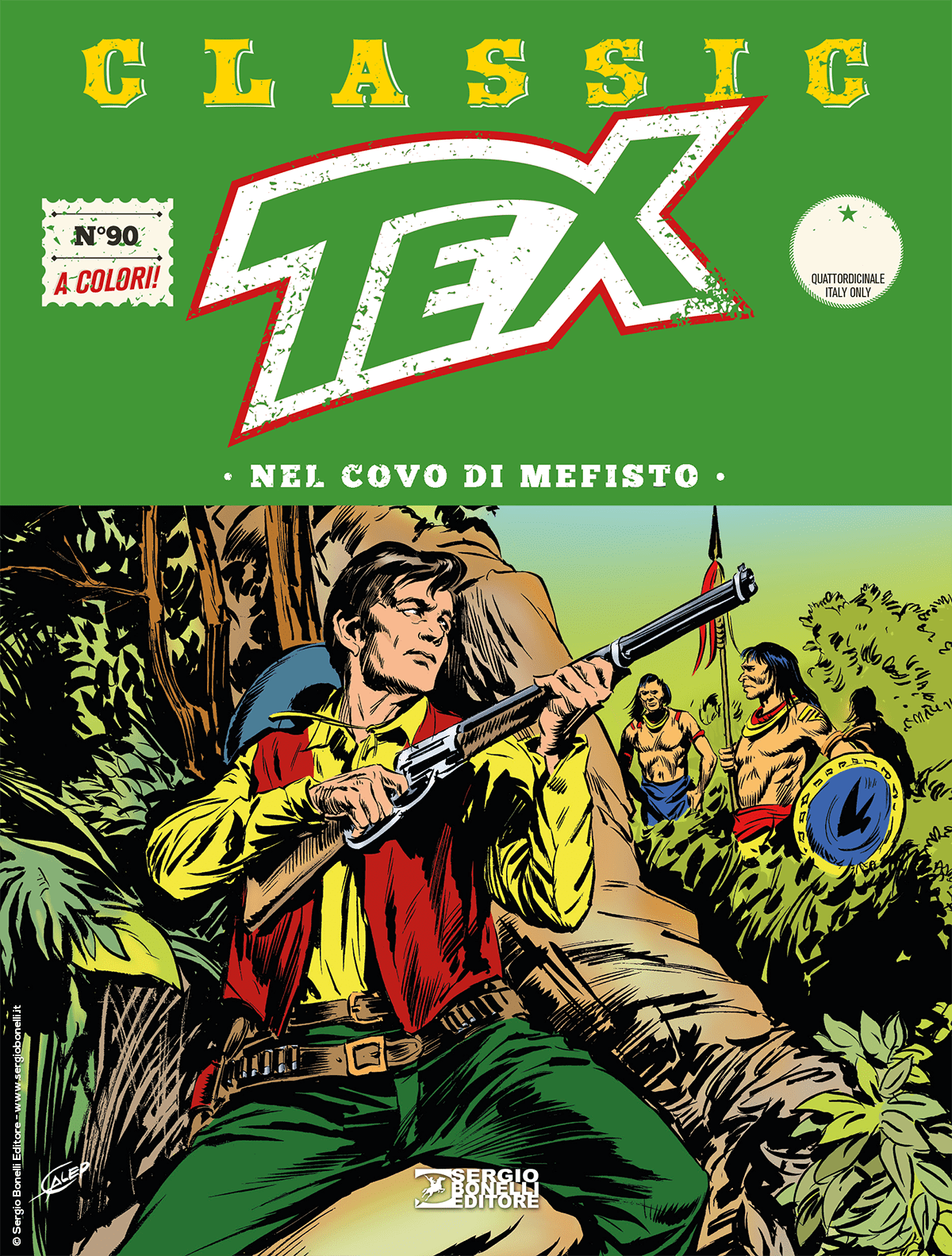 Introduction: “Damn! You… you are Mefisto!”

Searching for a mysterious Native tribe that kidnapped his son Kit, Tex Willer avoids deadly ambushes but is forced to helplessly watch Carson being captured and Tiger Jack being gravely wounded. The prisoners are taken to the lair of Mefisto, the Ranger’s archenemy. He enslaved the belligerent Indian warriors using a series of tricks and illusion that persuaded them that he was a powerful warlock. Mefisto’s diabolically plans to have revenge on Eagle of the Night, exploiting his sole weakness: the deep bond he has with his trusted pardners…