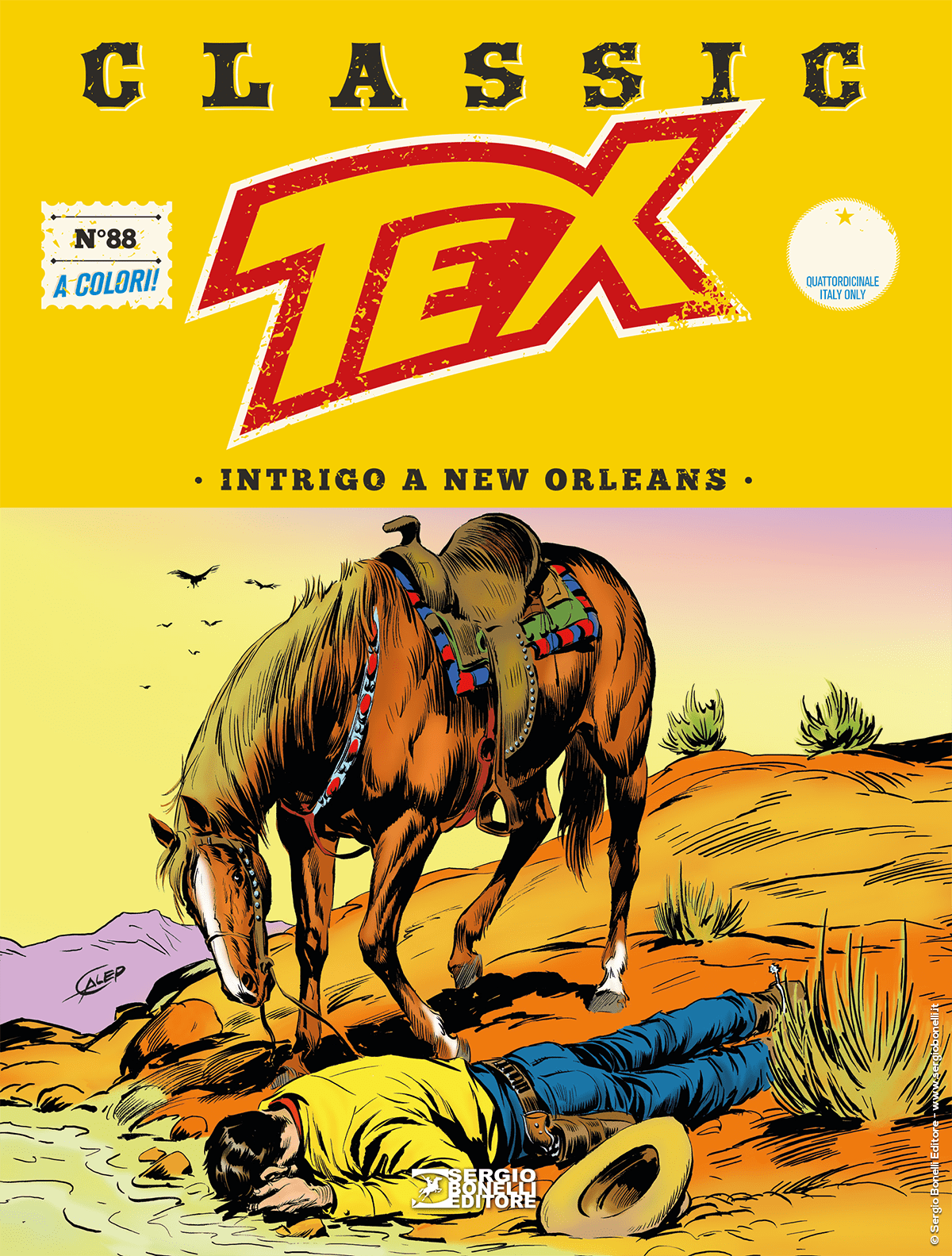 Introduction: "If I told you what's going through my mind right now, you'd start shivering."

Tex is sent undercover to New Orleans by McParland, the Pinkerton Agency's superintendent, to investigate a string of brutal murders linked to the sabotage of "Blue Star", a navigation company operating on the Mississippi River. After avoiding several attempts on his life, the Ranger saves his partners who are prisoners on a sinking boat. After he pinpointed Mr. Milton, the owner of the "Savannah Club", as the principal of the crimes, Eagle of the Night is determined to have him pay for it. Tex tries to convince the vampily beautiful Miss Dorsey, an accomplice of Milton's, to cooperate with the law, promising her that he'll let her go free. The plan is thwarted, and Tex comes out of it alive by the skin of his teeth, while the woman is firs wounded and then kidnapped…