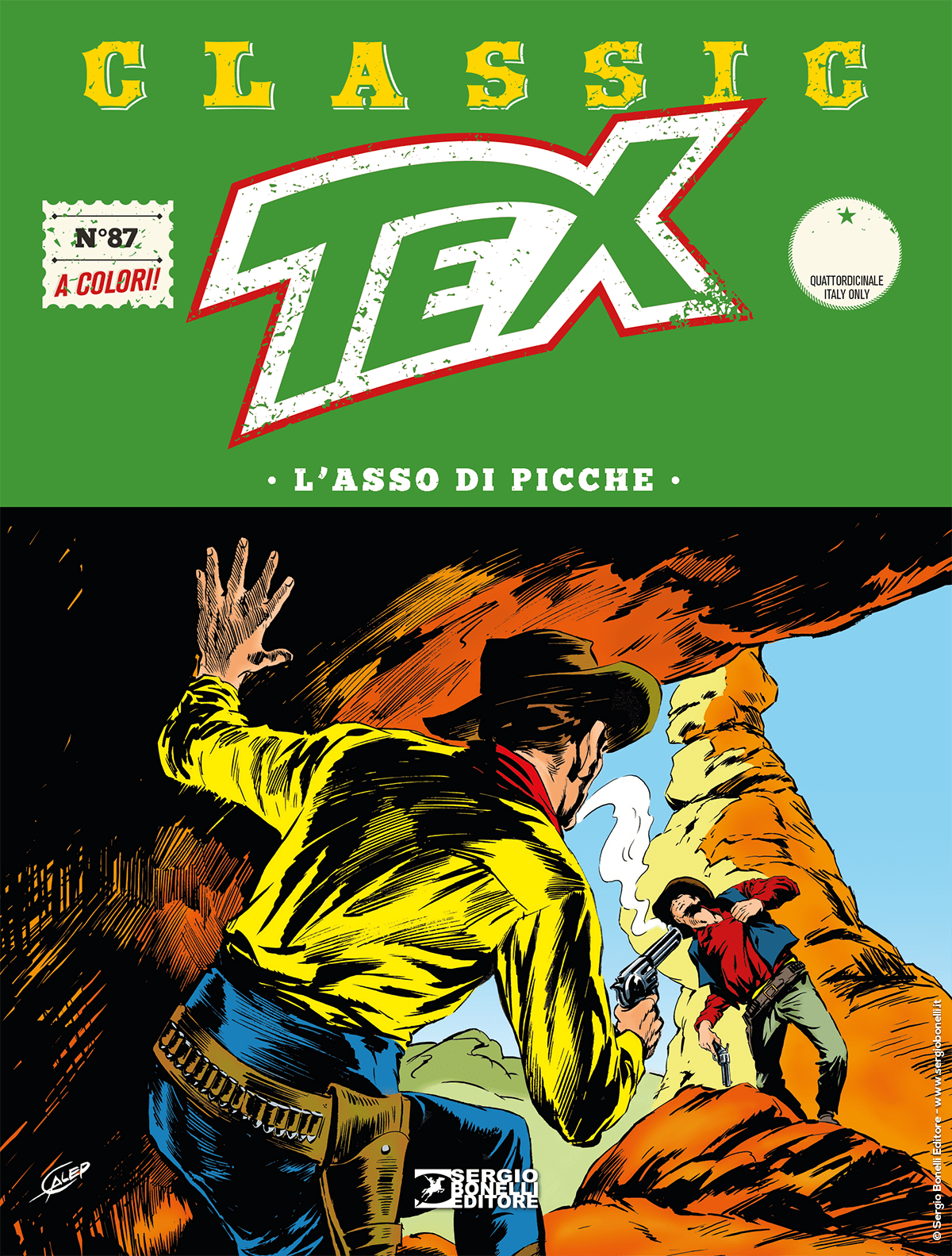 Introduction: “To Hell with your rules! If you want me to take care of this situation, I need free rein, my dear McParland.”

After joining his pardners who were waiting for him at the Navajo Reservation, Tex must leave with his companions immediately, go to Denver and answer a call for help by Mac Parland, the superintendent of the Pinkerton Agency. He asks the Ranger to investigate the brutal murders of four of his colleagues sent to protect the boats of “Blue Star”. An increasing number of professional gamblers threaten this navigation company operating on the Mississippi River. All the homicide victims bear the same mark, an Ace of spade card. After Tex accepts the task, he goes secretly to New Orleans, where his presence doesn’t go unnoticed. The Ranger alarms the members of the dangerous criminal organization, but they fail twice in their attempts to kill him and manage only to send him an envelope containing his ace of spade. Under pressure, Tex reveals his identity to the local Sheriff and the mission that brought him there. Then, he is permitted to interrogate one of the killers who, after a good beating, gives the Ranger an interesting lead. Following it, Eagle of the Night comes face-to-face with Mr. Milton, the owner of the “Savannah Club” and principal of the crimes. Tex is forced to postpone the final reckoning with the dangerous villain and goes to the rescue of Kit and Carson, who are held prisoners on a sinking boat...