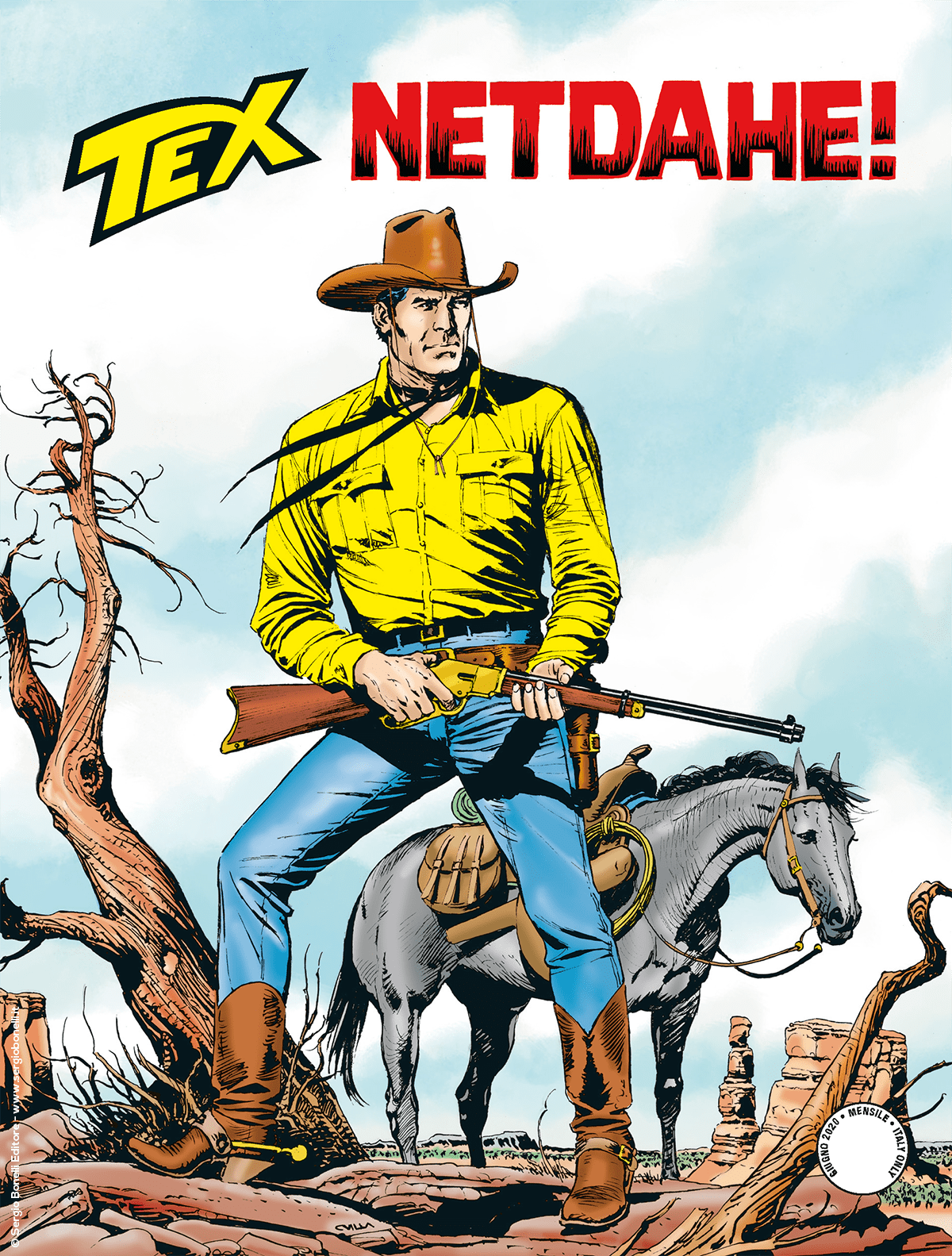 Introduction: Ruthless and bloodthirsty, the elusive Netdahe are terrorizing Sonora!

The Netdahe raiders, led by the cruel Yavakai, attack the isolated pueblos in Northern Mexico, killing the men and kidnapping women and children. Only the outnumbered, poorly paid, and worse armed Rurales garrison of Canaan, under the command of Lieutenant Castillo, is trying to fight them. A little north, in Arizona, Tex and his pardners have their own problems to face. They are going to Yuma, to take into custody an old friend of theirs who will testify against an army officer, a big cheese who still has to pay for his crimes… But the man has taken countermeasures, sending killers to eliminate the witness!… And, what’s worse, he sent a cavalry unit against Tex & co.!