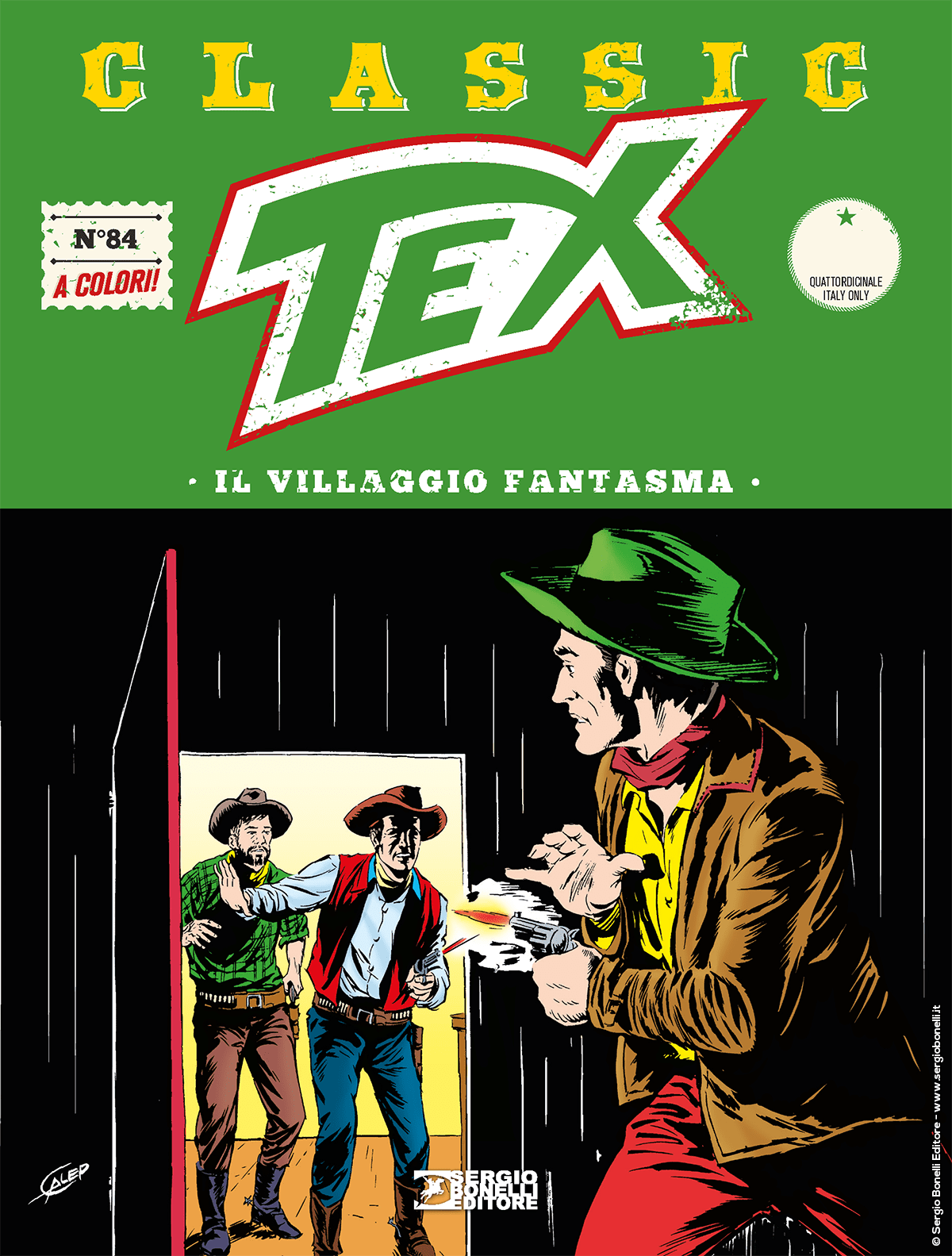 Introduction: “If you draw a gun, you die!”

Tex, Carson, and Pat Mac Rayan found and wiped out the network of criminals who tried to sabotage the construction of the railway line from Kansas to Oklahoma. They leave the town of Montezuma to go back to the Navajo Reservation and meet Kit and Tiger. Along the way, an injury to a leg of Tex’s trusted Dinamite forces our heroes to an unplanned stop of a few days in a village called Fullertown. The place is almost a ghost town now, due to the bullying of the Brenton brothers, the leaders of a wealthy ranching family, and our Ranger will soon start a fistfight with their goons, giving them a harsh lesson. Tex stars an investigation about his enemies and finds a few of Brenton’s men who are forging the brand of the horses they have stolen from Charlie Prescott, the owner of a competing ranch. Joining forces with Prescott, the Ranger goes back to Fullertown, where he’s confronted by one of the Brenton brothers, who’s conspiring against him. To humiliate the man, Tex challenges and beats him to an infernal card game, where the loser has to pay with his life...