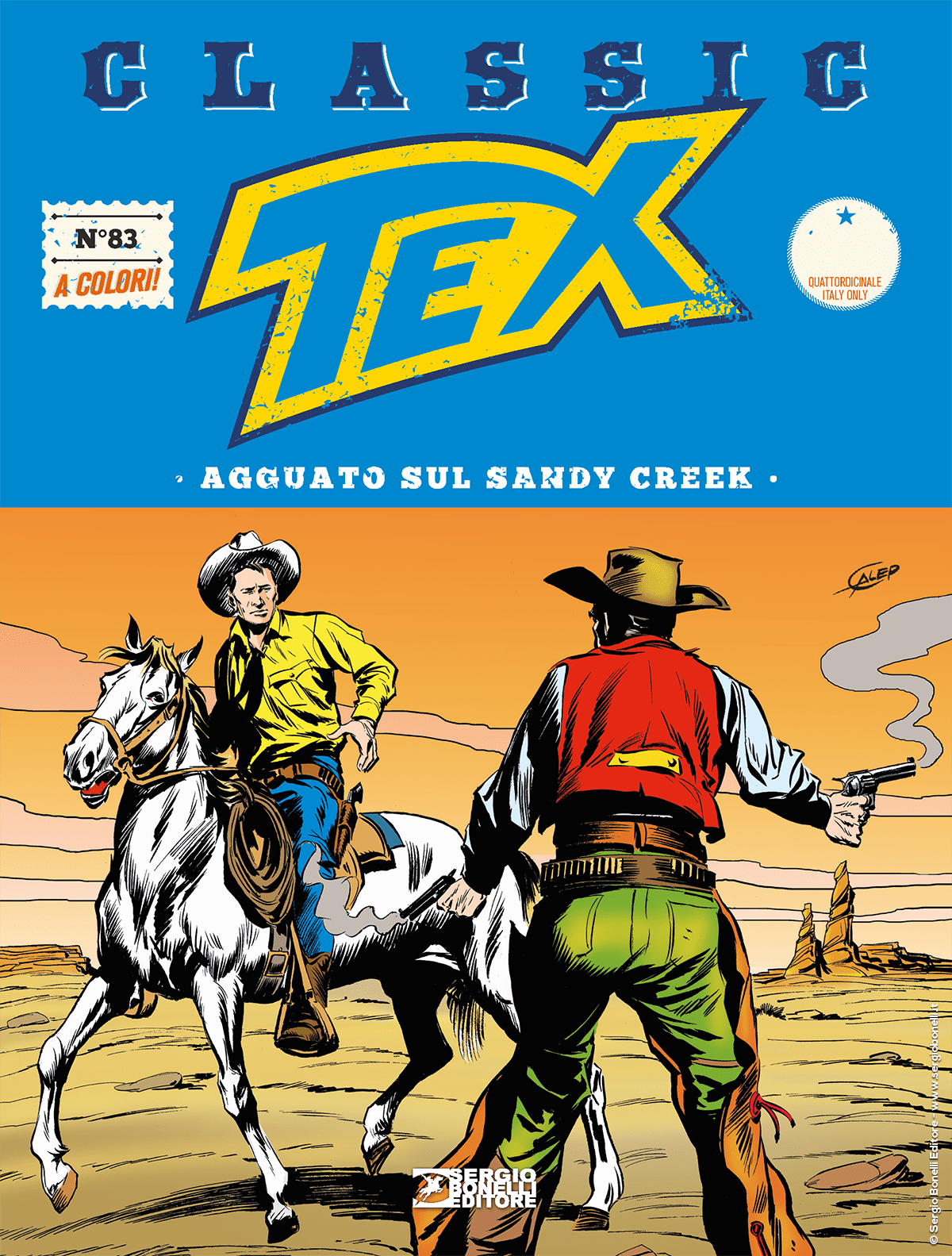 Tex, Carson, and the Irish boxer, Pat Mac Rayan, arrive in the town of Montezuma to investigate about the ongoing delay in the construction of an important railway line connecting Kansas and Oklahoma. After a risky investigation, they find out who is undermining the operation: a rapacious businessman, Gordon, and his beautiful and greedy mistress, Stella. The diabolical couple hired unscrupulous henchmen and a lethal gang of Comanches led by the belligerent chief Red Fox. Only the timely arrival of the three pardners stops the Indians from destroying the camp of the “Kansas & Pacific” workers. After they managed to run the attackers away, Eagle of the Night and his partners are determined to put an end to the situation. They chase the Indians and, with a clever trick, entice their enemies into a trap. Feeling that the circle is closing on him, Gordon orders his men to eliminate the Rangers by blowing up the bridge they are crossing. Our heroes prove once again that they’re smarter than their foils, and after escaping death, come back to town for a bloody showdown...