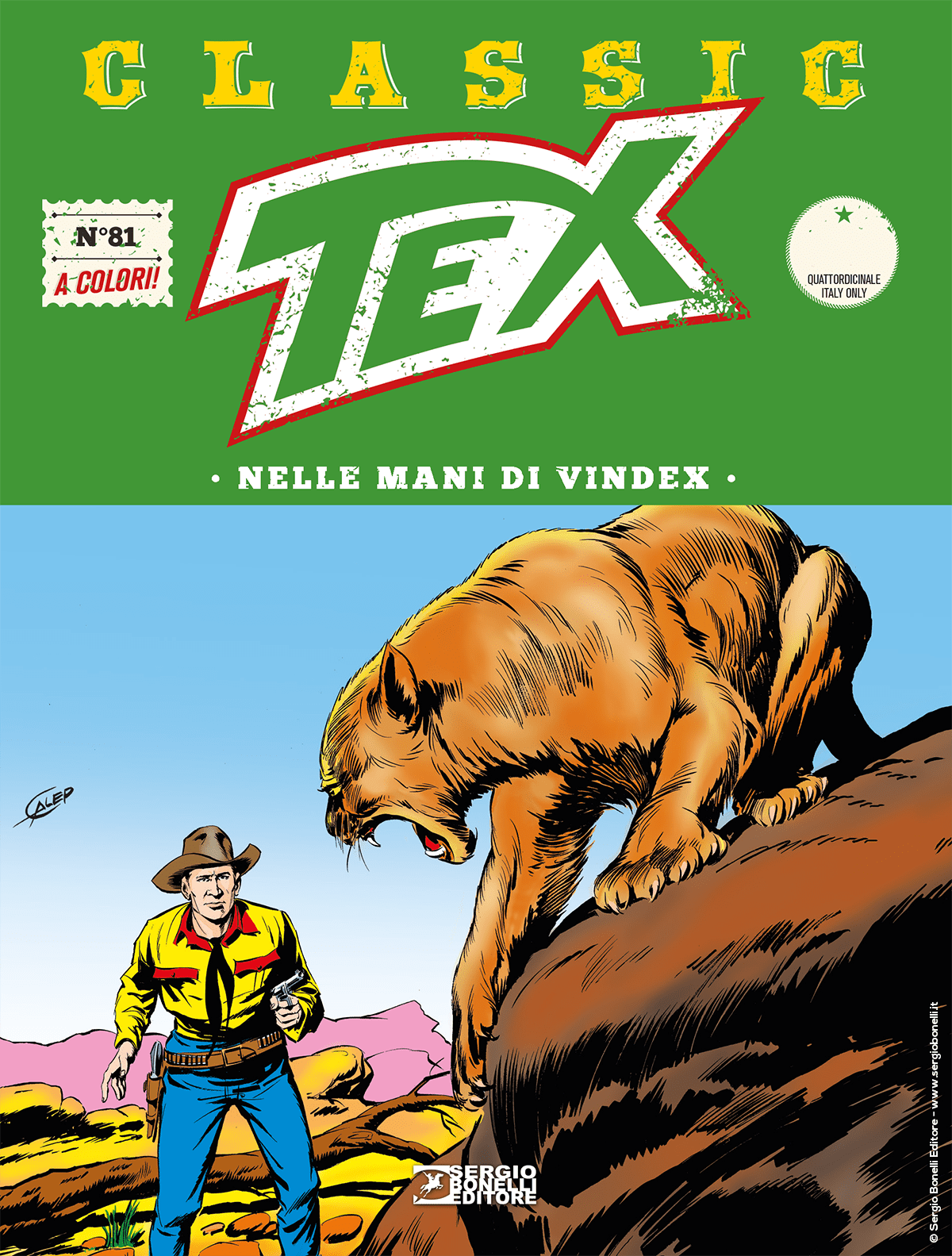 Introduction: “I’ve got a hundred of these candies, and I think they’re more than enough to upset those big cats’ stomachs!”

While patrolling the Gila Desert, Tex finds a secret laboratory inside a Mayan pyramid. It’s the headquarter of a Mexican mad scientist who goes under the name of Vindex. Keeping Dr. Herman, a young colleague of his, as a hostage, he created a race of giant cougars that he uses to rule the entire region. After Tex countered their attack with his sticks of dynamite, our Ranger strikes back: he finds a way to enter Vindex’s fortress, but here he has to fight the Zuma warriors at the orders of the mad scientist. Eagle of the Night manages to escape another of Vindex’s traps, and with the help of Carson, Kit, and Tiger Jack, who arrived with the best Navajo warriors, eventually wipes his enemies away, rescuing Dr. Herman at the same time…