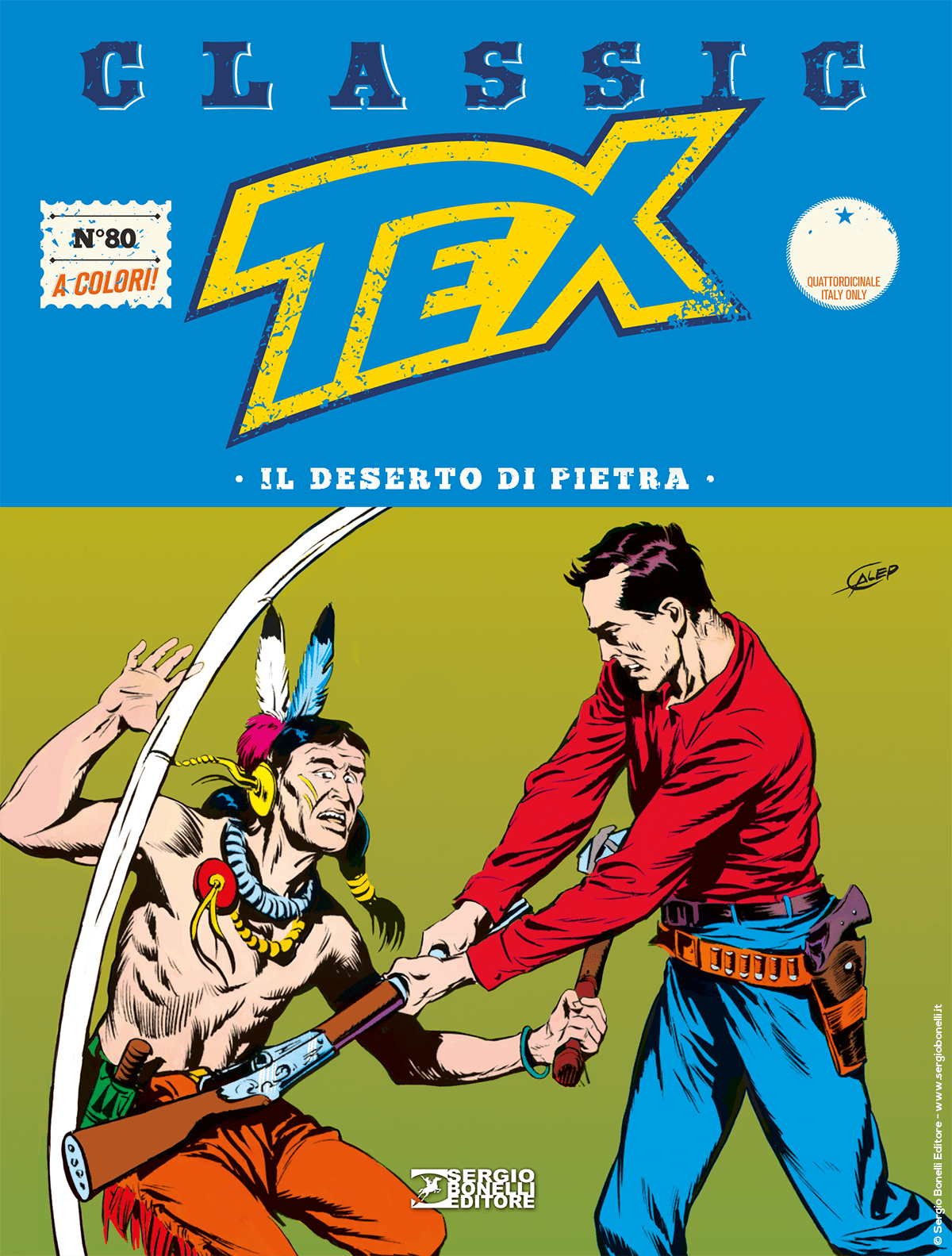 Riding his trusted Dinamite, Tex is patrolling the area near the Gila Desert when, attracted by a mysterious border pole, he finds large prints of an unknown beast. Curious about it, he follows the traces and stumbles upon the last survivors of a Piute tribe, who say that what they call “the wrath of the Gods” exterminated them. A little bit later, Tex finds an unlucky explorer who has been duped by his guides and avoids death thanks to the intervention of the Ranger. The rescued man tells Tex that he’s trying to find his brother, a young biologist who’s performing experiments in the area after joining forces with a Mexican scientist, Professor Carmonas. What they can’t suppose is that Carmonas, aka Vindex, went mad and took refuge in a lab inside a Mayan pyramid. Here, he forced his colleague to create a race of giant cougars that he wants to use to rule the world…