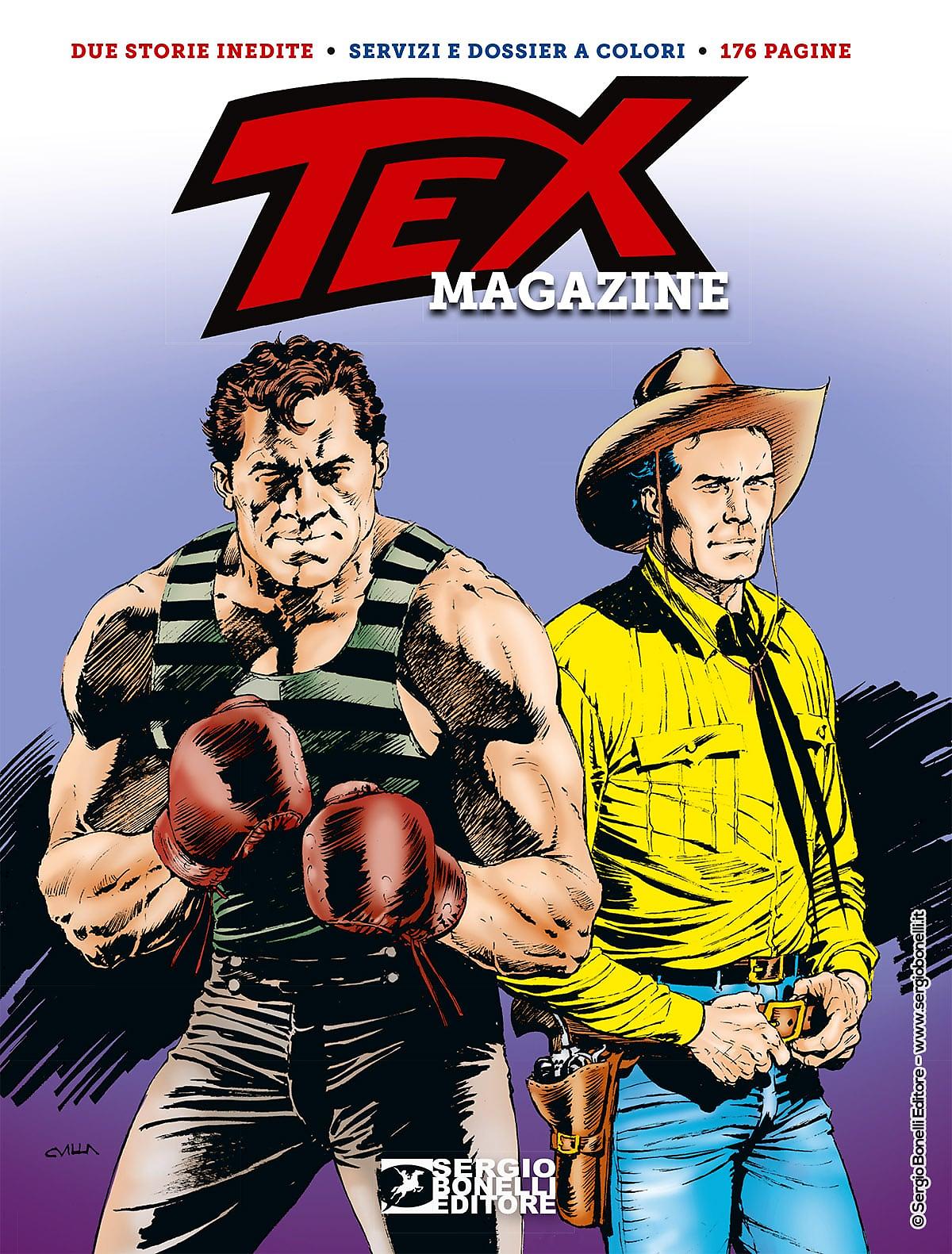 Introduction: All the allure of the Wild West and two original, complete Tex stories in our Magazine 2020!

Robbing a bank without using your gun or killing anybody is a tough task, in the Wild West! It’s reckoning time for the gentleman thief, who has to face cutthroats that are far more ruthless and evil than him…

Someone is plotting in the dark, in Saint Louis! They want to decide the ending of the boxing match between “The Irish Hound-dog” Pat and “The English Duke” Byron. Pat Mac Ryan won’t allow it! As it’s well known, however, he’s far more adept at fighting than thinking…