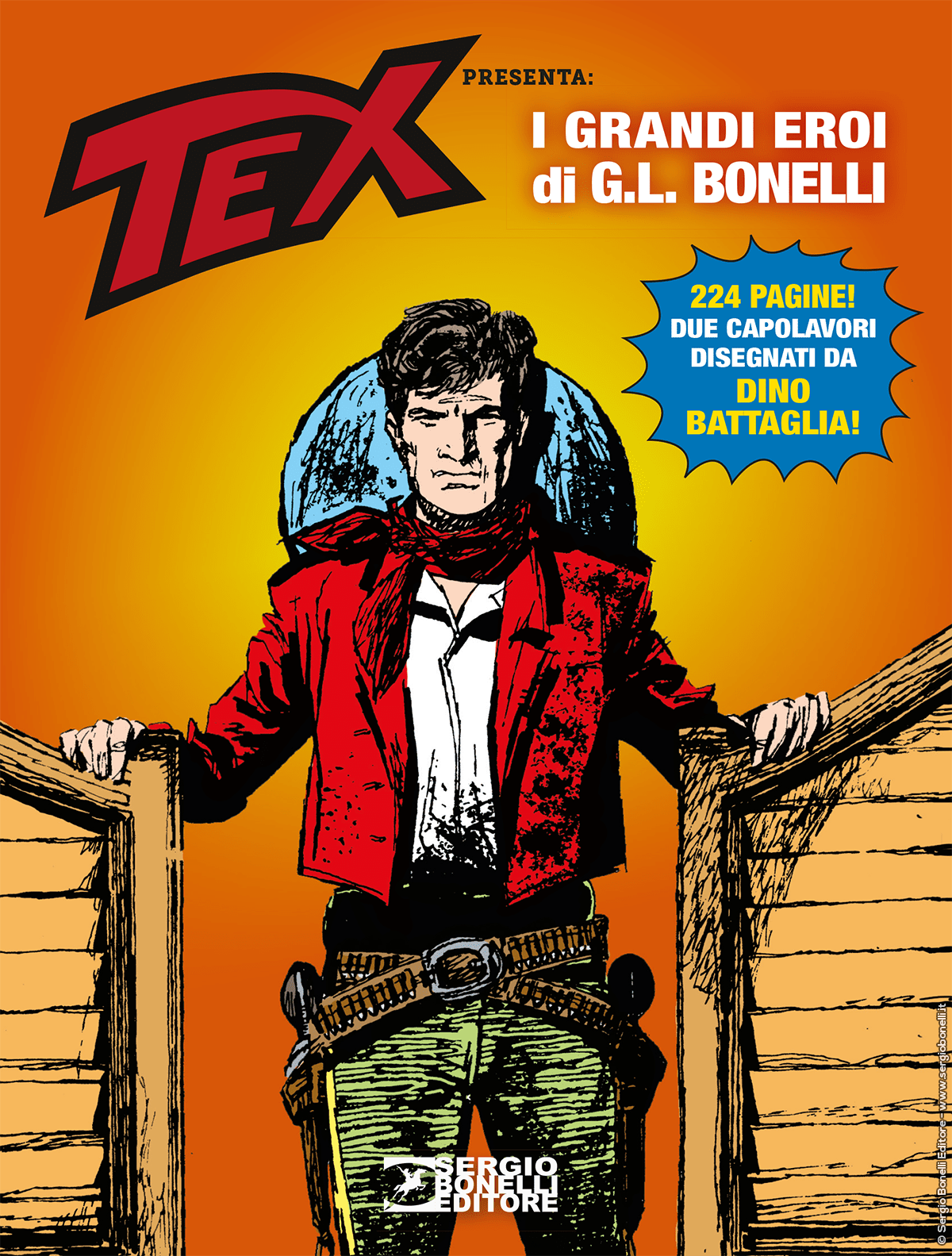 Introduction: Our usual appointment with the annual Magazine dell’Avventura is centered on two Masters of comics: Gianluigi Bonelli and Dino Battaglia!

Gianluigi Bonelli is not only the creator of Tex Willer, the character that has captivated several generations of readers from 1948 on. A tireless storyteller, G. L. Bonelli extracted from the bottomless mine of his fantasy many other characters. In this year’s Magazine, we will discover again his versione of a classic of the adventure literature,  Robert Louis Stevenson’s “Treasure Island”, and the exciting saga of El Kid, the avenger caballero, always ready to crack a joke or draw his gun. With artwork by a world-renowned Maestro of comics: Dino Battaglia!