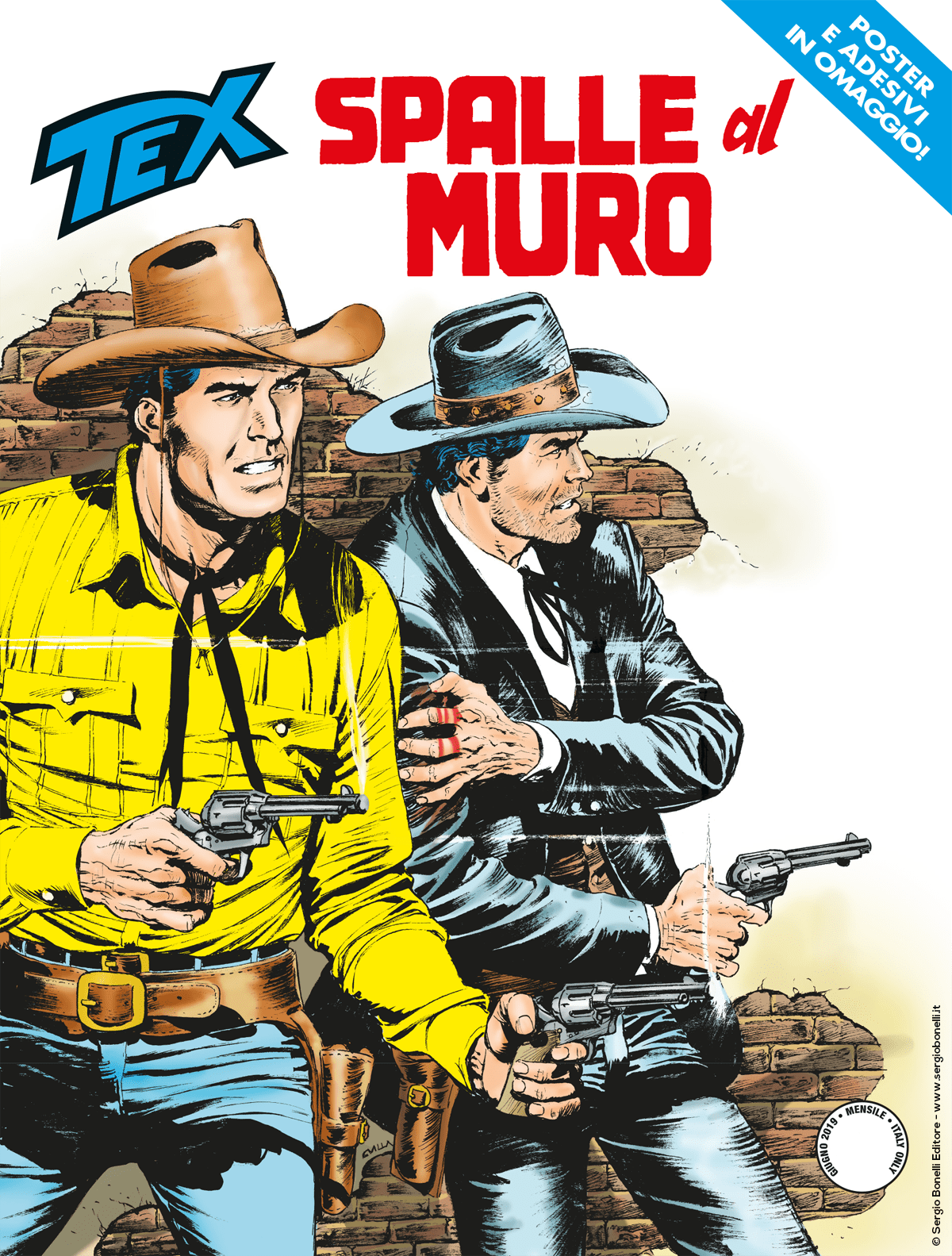 Introduction: Margie and a young man, Tim, are prisoners of Bowen’s enemies…

The blood of Lulah’s brother will fall upon his killer soon. As much as Bowen tried to change his life, his past as a hitman still weighs over him and is threatening to break the only sincere bond he has. In his life as a fugitive, he only got close to a young man, Tim Mitchell. And now, Tim and Margie have fallen into the clutches of his enemies. If he wants to save them, Bowen is forced to turn into a criminal again, betraying Mr. Gartside. But Tex & Carson are looking for him…

Contains a Tex poster and some stickers!