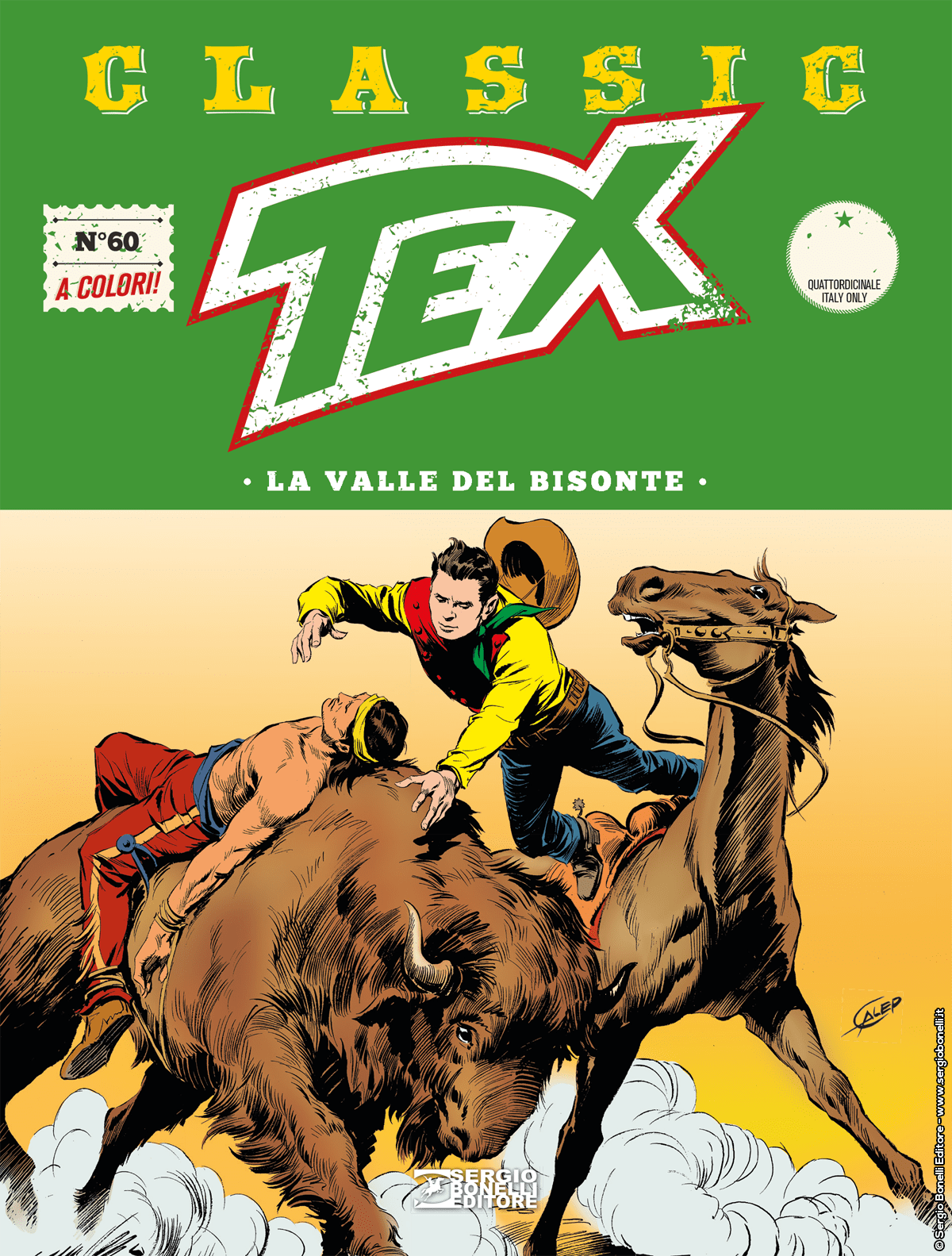 Introduction: “Woah! Now the great Eagle of the Night is in the hands of Great Stag!”

After he narrowly escaped Tex’s justice, the former Confederate general Quantrel, now a thief and an arms trafficker, manages to turn the tables. After a prolonged and bloody gunfight, where the Ranger sells his life dear, Quantrel catches Tex. Eagle of the Night is handed over to Black Buffalo, chief of a Shoshone tribe. The Native warriors tie him to the torture pole to torment him to death, but a last-minute move by Little Hawk saves him. After the Shoshones realize what’s going on, father and son have to fight tooth and nail in what could turn out to be their last battle…