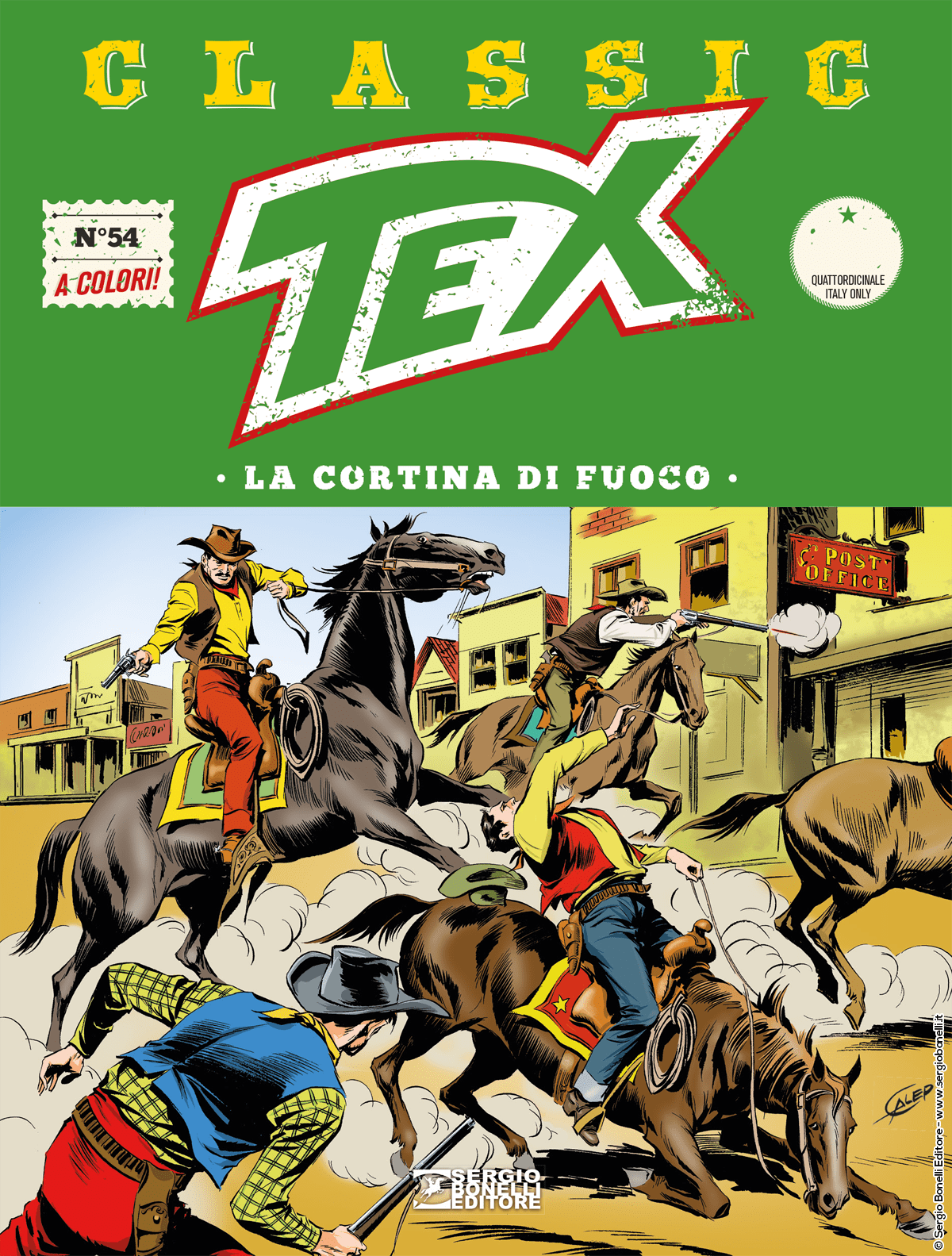 Introduction: “I’m always on my toes; that’s why I’m still alive after battling a long array of criminals!”

After his latest adventure, Tex goes to the Colorado River springs, with his son and Kit Carson. After they get there, the three pardners suffer an inexplicable attack, and they escape alive by the skin of their teeth. Following the attacker’s tracks, they get caught into the shady conspiration hatched by Tom Tender, the owner of the “Double T” ranch who, with the cooperation of the local Sheriff and a gang of henchmen and cutthroats, tyrannically rules the area, exploiting the destitute local farmers. To restore justice, Tex becomes the self-appointed new Sheriff and, with his friends, starts a plan that will make life very hard for the greedy rancher…