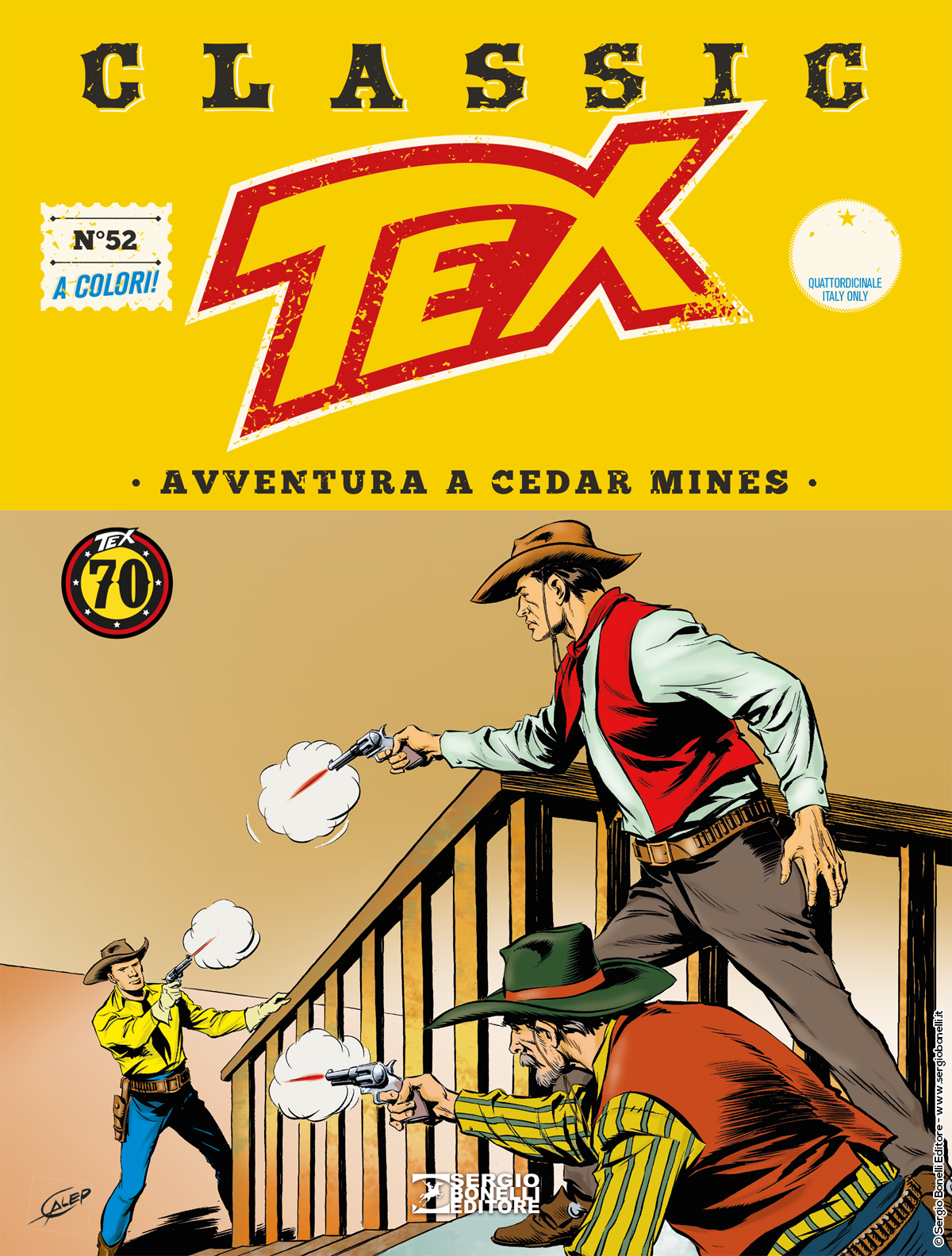 Introduction: “The Navajos gave us their word: they won’t shoot an arrow before sunrise!”

After he spread a piece of fake news about an epidemy that only affects the Natives, in a region teeming with White and American Indian outlaws, Tex forces the authorities to arrest and cordon them off. In the meantime, our Ranger rescues Carson and Kit from the half-drowned mine in which they were trapped. Now that he and his partners are reunited, Tex launches a hunt for the bigwigs who are running the entire conspiration. They eliminate their enemies one after another, but our heroes will have to play their best trump cards to prevail in the final clash…