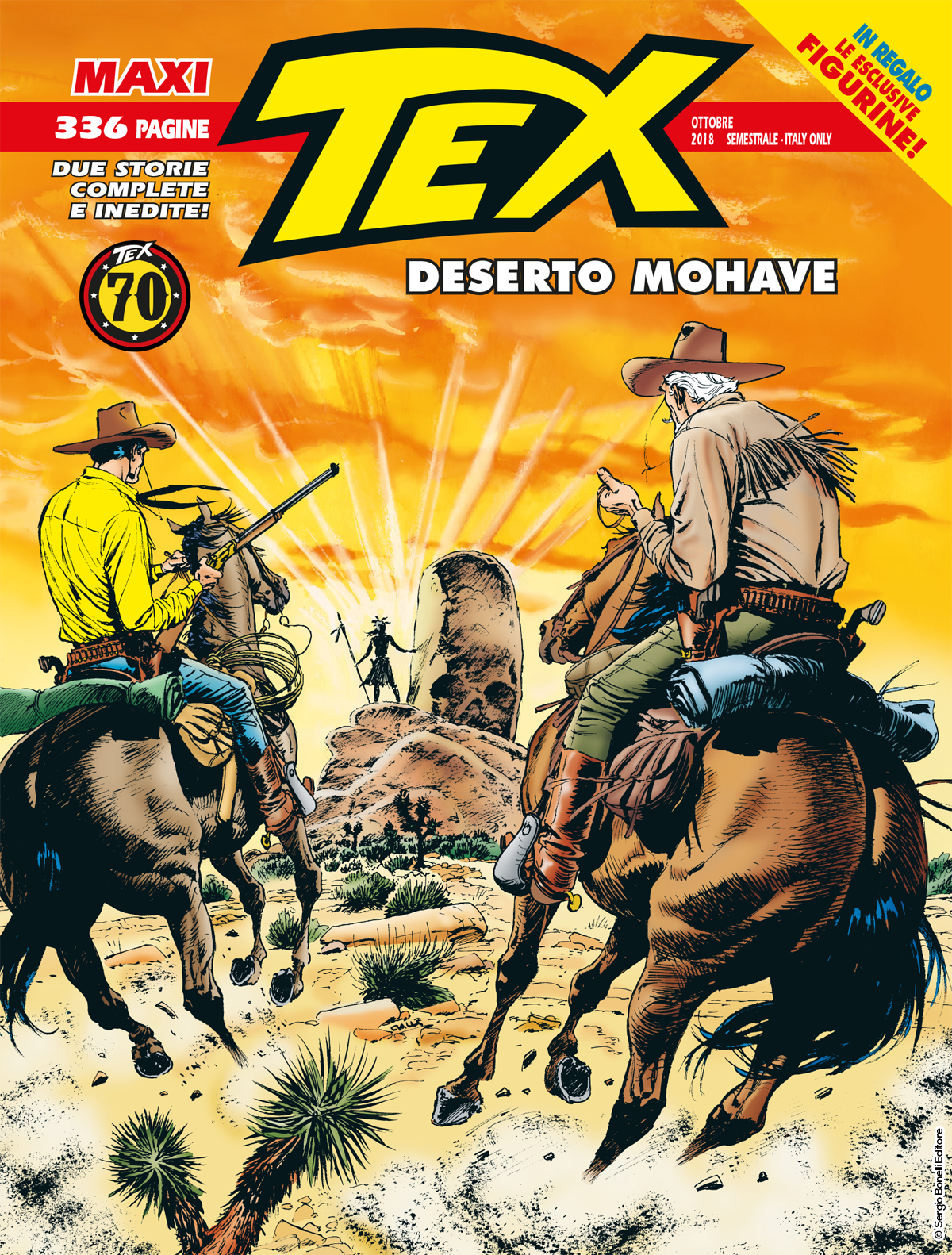 Led by the charismatic Maelstrom, a gang of criminals who escaped from San Quentin Prison put down roots in the heart of Mohave territory, kidnapped two young women from Mastamho’s tribe and keeps them captive near a massive abandoned gold mine known as the "Coliseum". Pain, Eclipse, Marble, Bolt, Sight, Trick… Each of them carries on his forehead the mark of his lethal killing talent. Tex Willer & Kit Carson go to the Mohave Desert for a blood-tinged reckoning!

Only the last, quiet workday stays between stationmaster Sommers and his new life in a Montana ranch… But a bandit, Ted Malvin, passes through the Stonewell station. Tex & Carson are ready to put him on a train that will take him to his fate, behind bars. Malvin is the only one who knows where a valuable loot is hidden... Scott Rockwell, Ned Samson, and their men are ready to try anything to put their hands on the money!