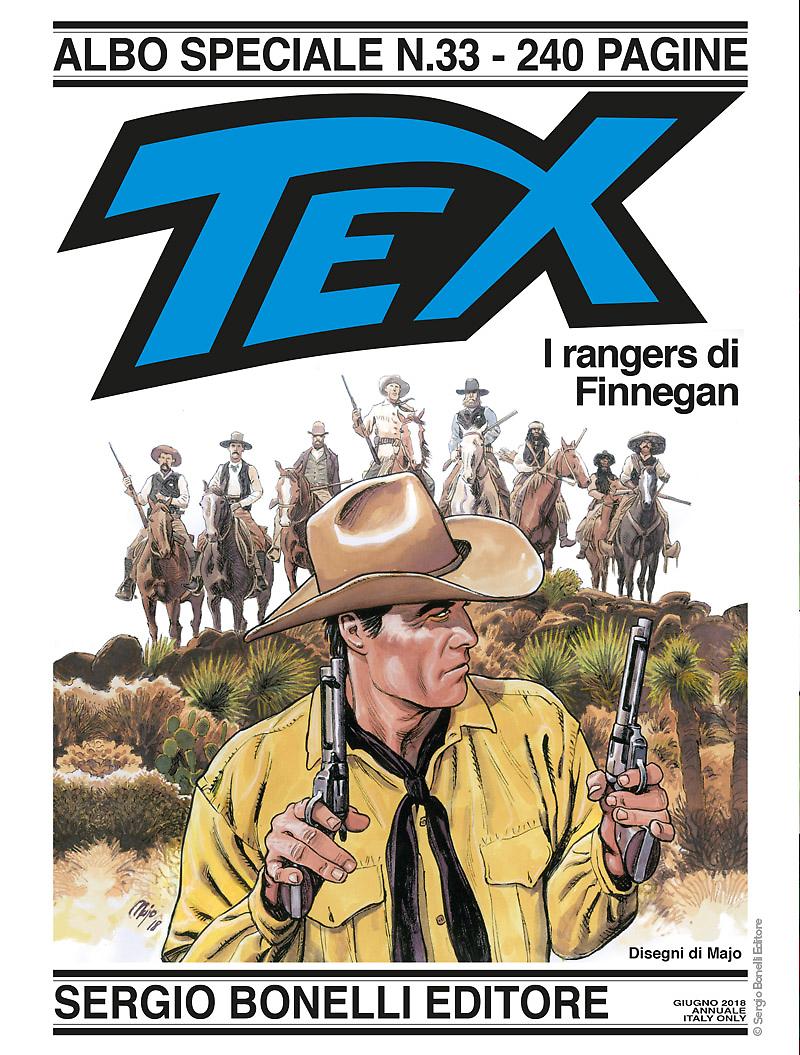 Introduction: A group of brave Rangers welcomes Tex Willer’s son in its ranks!

Who massacred the peaceful Comanche in the village of White Buffalo, who signed a peace treaty with Texas? Pecos, Quanah Parker's half-brother, points at the Rangers. But Tex's suspicions are on the Comancheros led by the old chief Robledo, and leaves with Tiger Jack for the wild Presidio County, on the Cienega Mountains,  where he tries to find their hiding place. Meanwhile, Kit Willer, after a discussion with his "uncle" Carson, states that he's free to find his own way in life, now. He joins the daring Rangers at the orders of Finnegan, a special frontier corp that rarely follows the rules when it's time to apply the harsh laws of the Wild West...