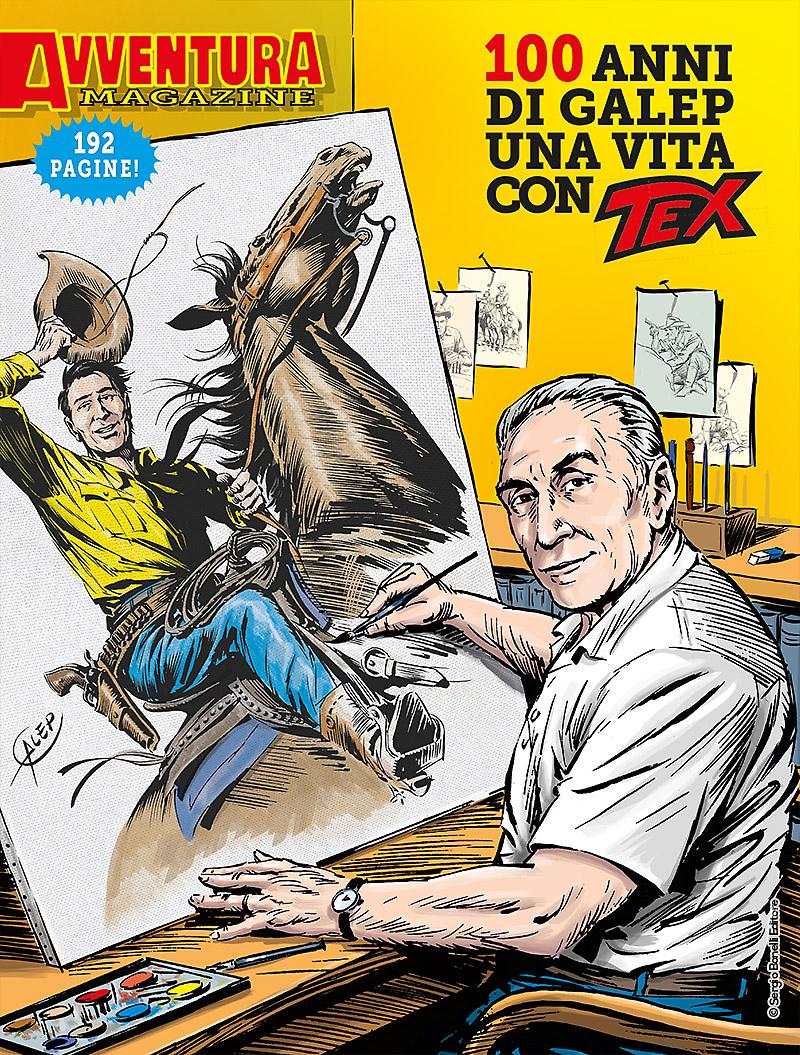 Introduction: On the centenary of his birth, here's a volume about the career of our great Galep, with his work on Tex, Occhio Cupo and an unpublished-before Jungle Book!

Back in 1948, Aurelio Galleppini created the visual features of two characters that Gianluigi Bonelli's imagination has just created: the tough Wild West hero, Tex Willer, and a swordsman, Occhio Cupo. In the same year, though, Galep was also working on a comics version of The Jungle Book, that unfortunately remained incomplete.

On the centenary of Galep's birth, this volume traces back his extraordinary career: here you'll find the first two Occhio Cupo albums, one of Tex's most acclaimed episodes, and the first 12 pages of The Jungle Book, all with the masterly art by this undisputed global Legend of comics.