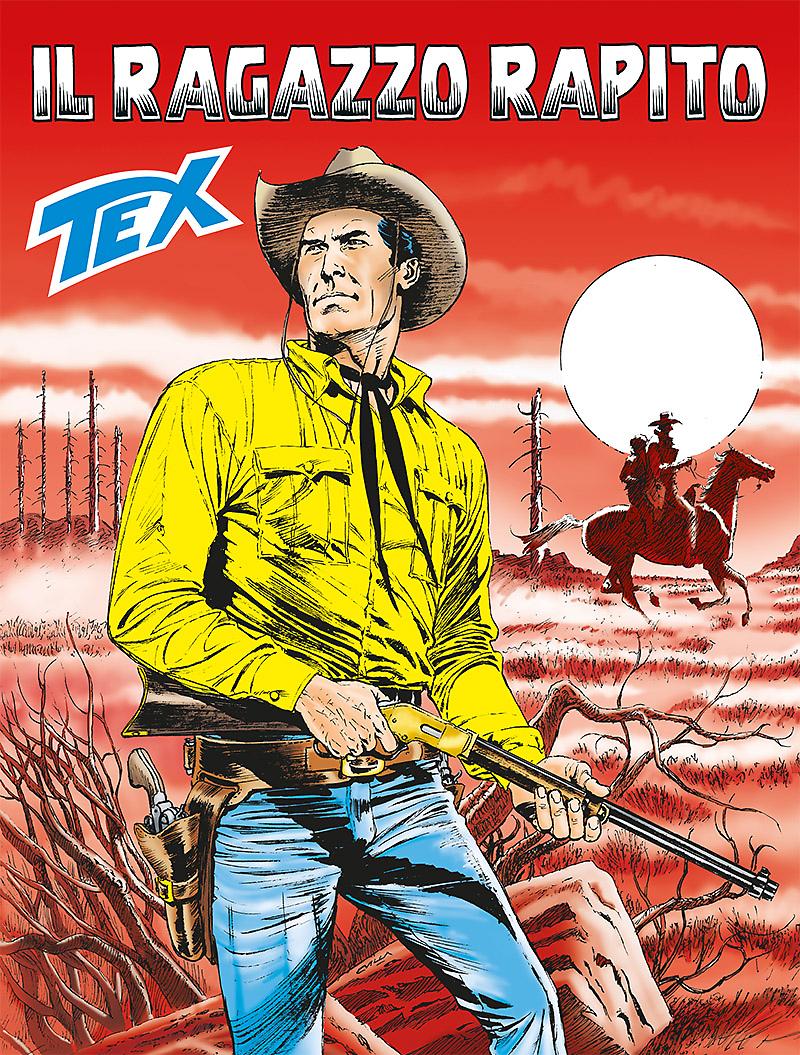 Introduction: A black-clad killer leaves a long wake of dead people behind him!

The bloody track that's being followed by Tex Willer & Kit Carson—and it has also been taken by a ruthless killer called Ken Bowen and Tim, a young man whose family has been slaughtered by the accomplices of the man who's riding at his side…