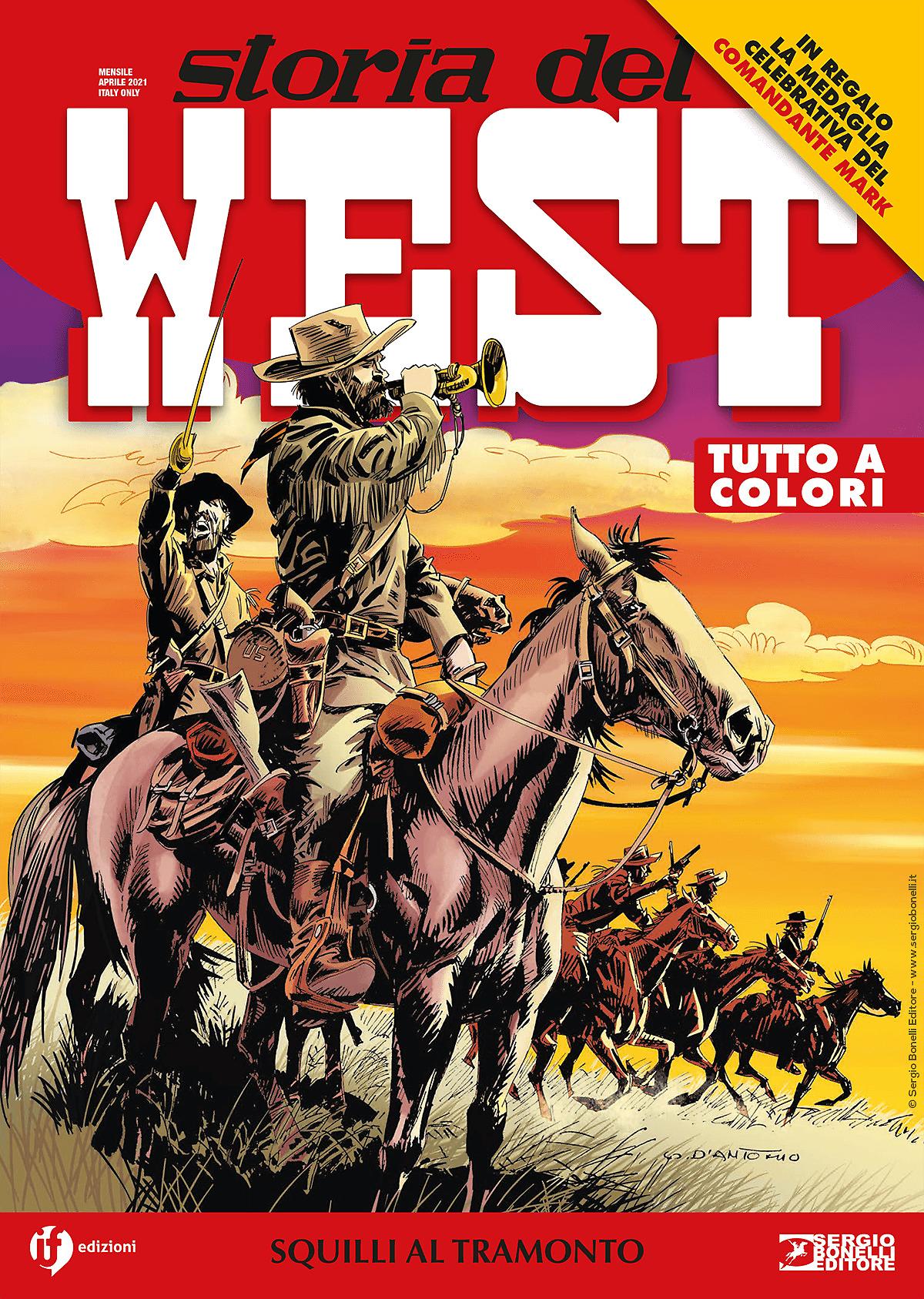 Introduction: While the settlers’ westward journey does not stop, the tragic destiny of a people is taking shape slowly.

In the West, the Confederate-Union battle is just a faint echo. The war seems far away. But the Frontier military outposts remain undefended because most of the troops have been sent to the front. The Natives take advantage of the situation, increasing their raids and attacks. Pat MacDonald pays for it, too, when he’s taking home the herd he had just bought. He barely manages to save his life and take refuge in Fort Staton, where General Canby and his friend, Kit Carson, explain that it is time to tackle the problem resolutely…

With a free commemorative medal of Il comandante Mark!