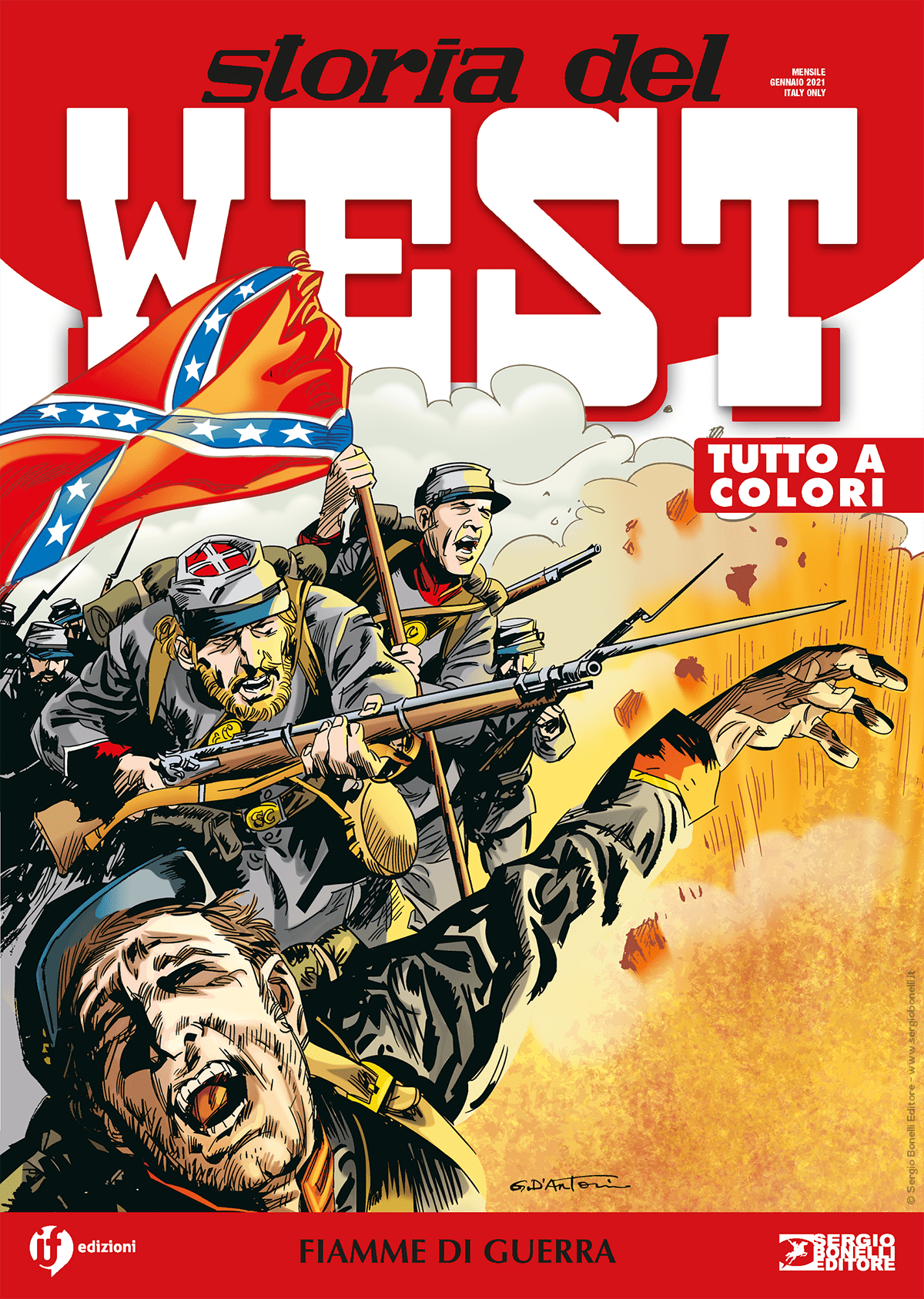 Introduction: The fury of the Apaches, Geronimo’s cleverness, the malice of the Confederate, Hall...

Tensions between the Northern and Southern states are irremediable now, and in 1861 the Confederacy decide to secede from the Union. The first armed clashes begin: it’s the start of the American Civil War. Meanwhile, Bill Adams goes back home, in Texas, to be reunited with his family. Pat MacDonald would like to remain neutral, but he’s soon forced to chose whether to rescue Bill, accused of being a spy, ora to help the vicious Captain Alan Hall to reach New Mexico, where he wants to stir up an Indian rebellion in order to aid the cause of the South...