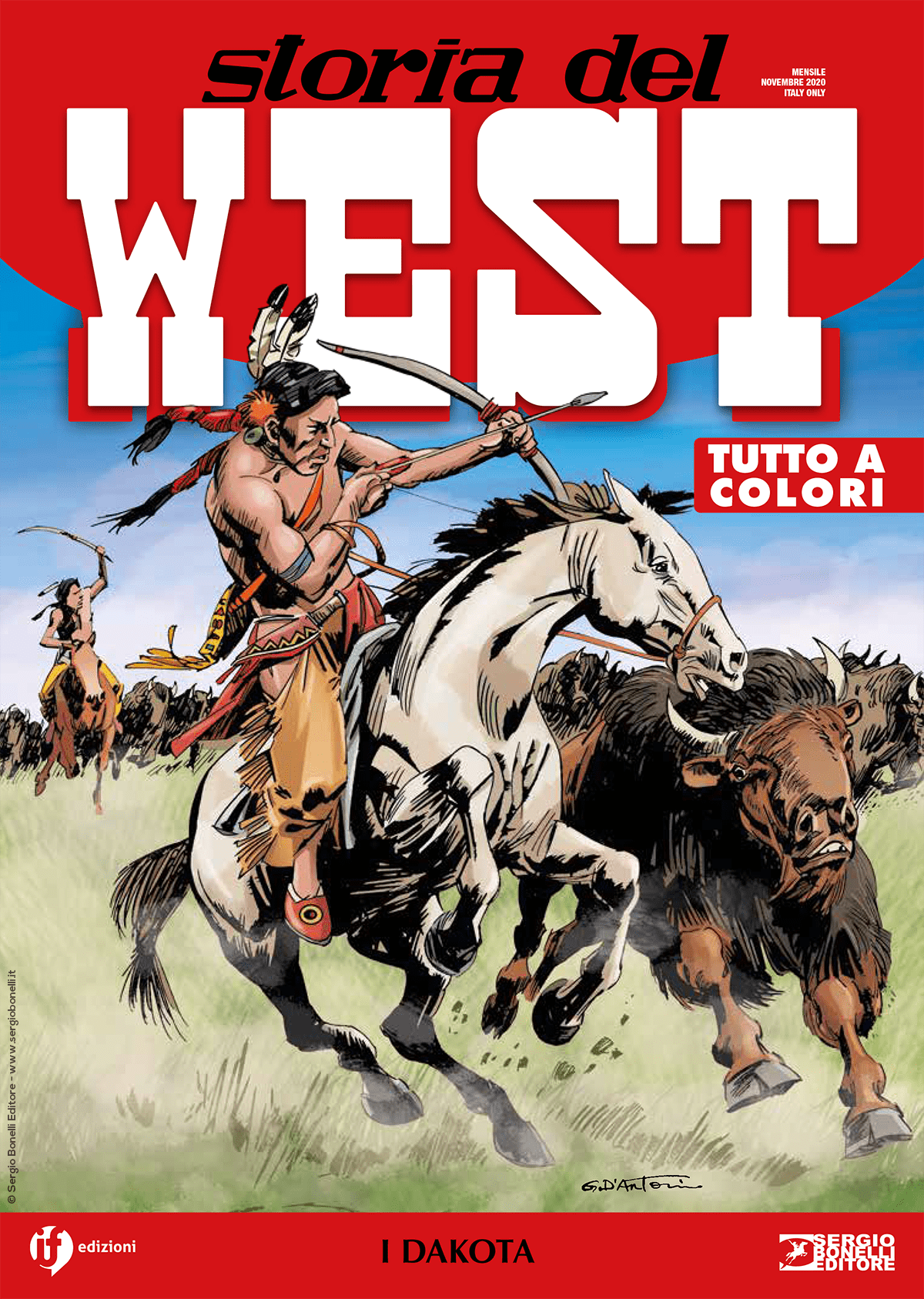 The area which was called the Western Great Plains had two owners: buffaloes and Native Americans. Plains Indians were nomadic warriors. After the hunting season, they spent their time raiding the other tribes, Dakota, Cheyenne, Crow, Nez Perce, always rivaling each other. This new episode of Storia del West centers around them, especially around the story of one of them, the legendary Sitting Bull, whose fame would increase until the turn of the century.