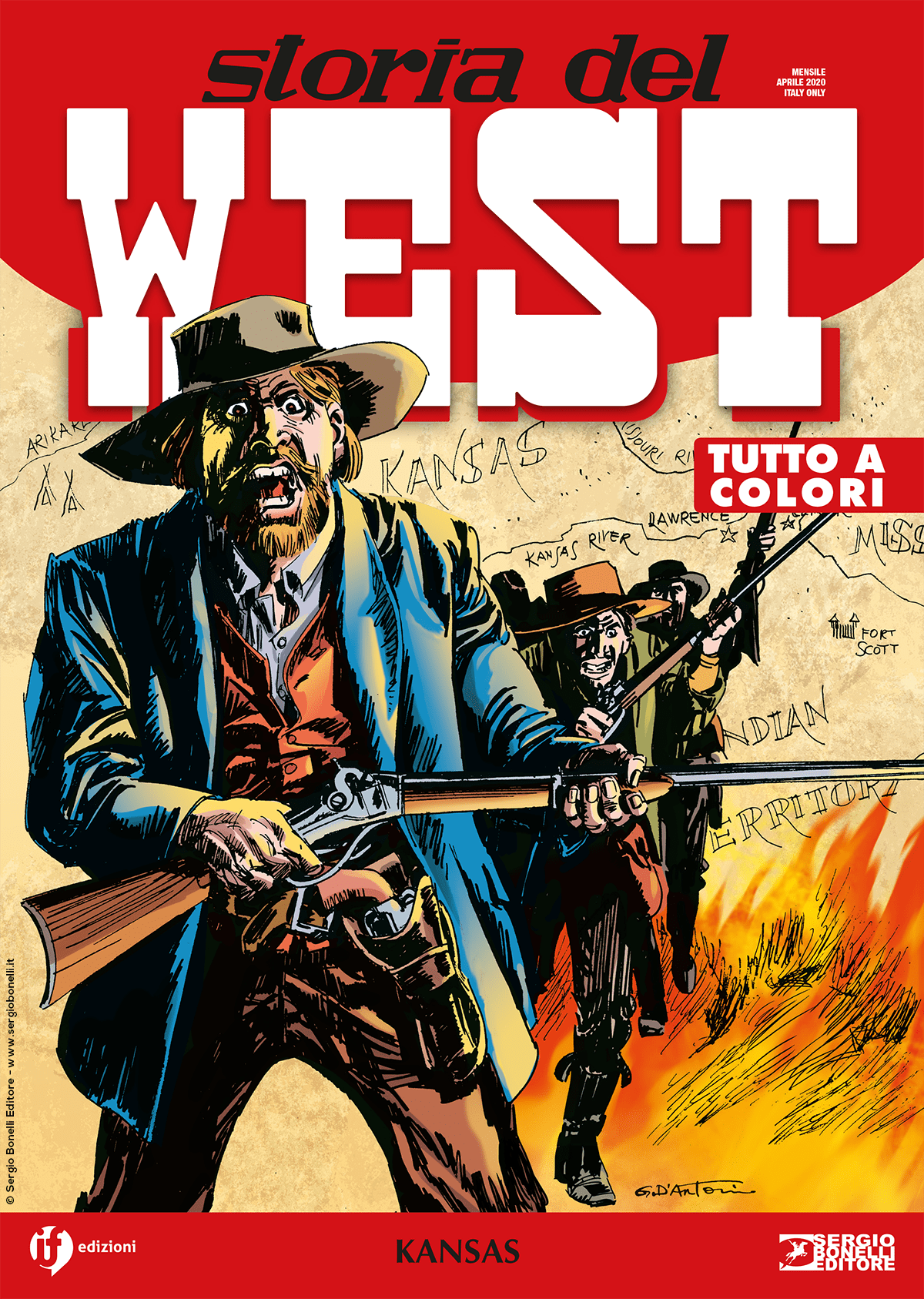 Introduction: 1854: a bloody madness haunts the territories between Missouri and Kansas…

The Southern States are an endless cotton field, tended by Black slaves. Men who are considered as beasts of burden, bought and sold at town markets, and forced to be owned by other men for their entire life. The Northern States, with their modern, mechanized economy, are the birthplace of the abolitionist ideas, that aren’t always clear of hidden interests… The clash is inevitable and takes the aspect of a cruel war. Bill and Pat are involved in it: a harsh lesson that shows how there’s no such thing as a just war.