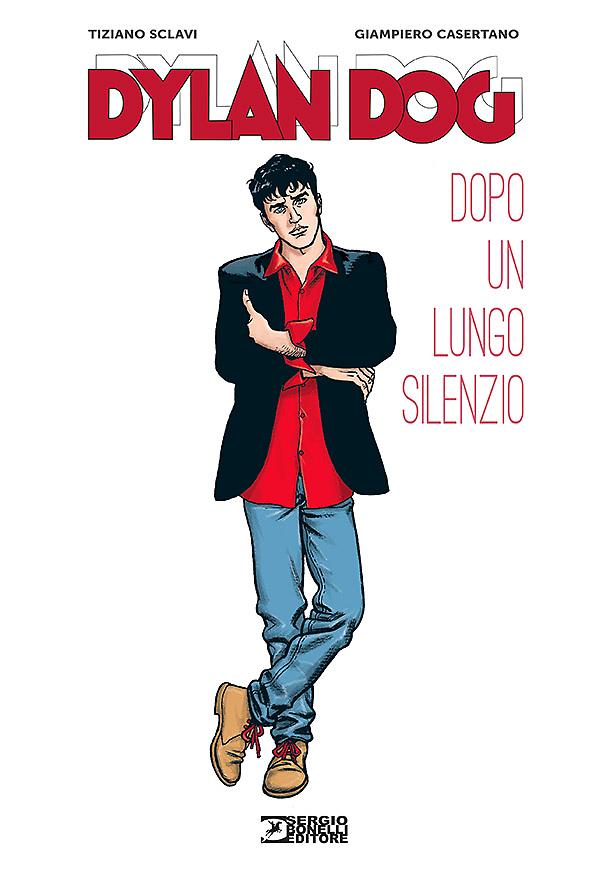 After nine years' absence, Tiziano Sclavi is finally back with a story of his own for "his" Dylan Dog. A special event that coincides with the celebrations for Dylan's 30th anniversary. September 26, 1986 marked the debut of "L'alba dei morti viventi", the first album of a character that will become, more than a simple comic-book hero, a social phenomenon.

A Sclavi on top of his game tells an emotional story, with brilliant art by Giampiero Casertano. We'll find Dylan having to cope with the darkest of the ghosts that haunted his past: alcoholism.

Simultaneously with the newsstands' edition, we are publish a special version for bookstores, in large format and with additional content, such as the complete script for "Dopo un lungo silenzio": a collectors' book that will also be a reader's delight.

PLEASE NOTE: This version - with an exclusive cover by Giampiero Casertano - is only available at the Mondadori Bookstores and in our online shop.