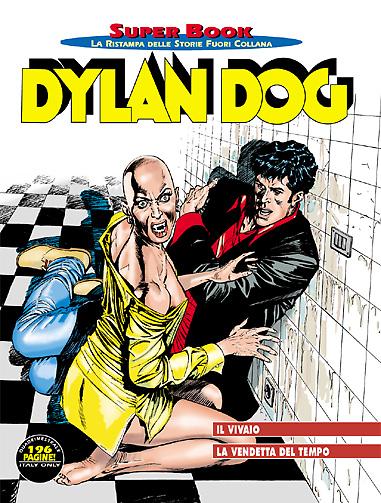 Introduction: The disquieting secret of "I" and a rush against the clock!

In the dead of a rainy night, two young people are involved in an accident, while they try to cross a motorway on foot. Severely injured, one of them undergoes surgery to save his life. During the operation, though, the patient wakes up as a blood-thirsty beast and wildly attacks the doctors with his fans. Before the police can get to the scene, the young man is killed and his body burned by an unknown person that immediately disappears. Why somebody wanted to eliminate the boy in such a cruel way? What was there to hide? The one who has the answer, maybe, is the only suyrvivor of the accident: a withdrawn girl who Dylan tries to become friends with... and she’s called "I"…

To stop the clock… A fantasy we can have, to push away the nightmare of death. What if, though we can’t completely stop it, we try to slow it a bit? Dr. Okenower thinks he’s able to do just that, and to alleviate his patients’ anguish he’s ready to challenge the great executioner: time itself! But time’s motion can’t be stemmed, because time is an unstoppable ocean, a ruthless lord ready to claim its rights!