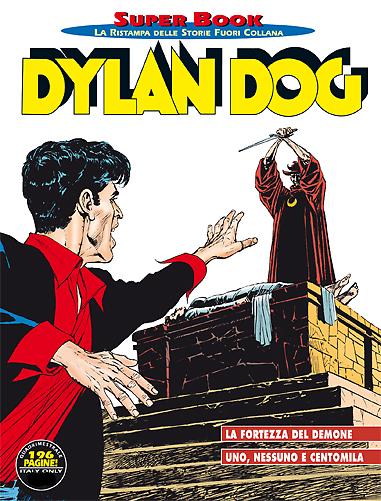 Introduction: A cursed movie and a dangerous identity crisis!

A real classic of the German Expressionist cinema: “The Fort of the Demon”, by Dirk Skroge. There’s a dark legend about it, though… The crew and the actors vanished into thin air, after the making of the movie. Today, Blake Kline, a horror film director and a huge fan of Skroge, wants to do a remake of “The Fort”, in the same location of the original movie. The gloomy castle in the Carpathians (where else?) where the film is shot seems to be infested by some disquieting presence. The fictional and real horrors will soon intertwine in an inextricable knot — Dylan Dog and Groucho seem to be tangled in it with no way out…

A faceless killer is spreading death among the unlucky young girls who cross his path. Also Dylan Dog’s girlfriend is a victim of the reckless violence of that strange serial killer. While on the man’s tracks, the Nightmare Investigator is at risk of losing his identity, becoming in turn victim, witness and… assassin!