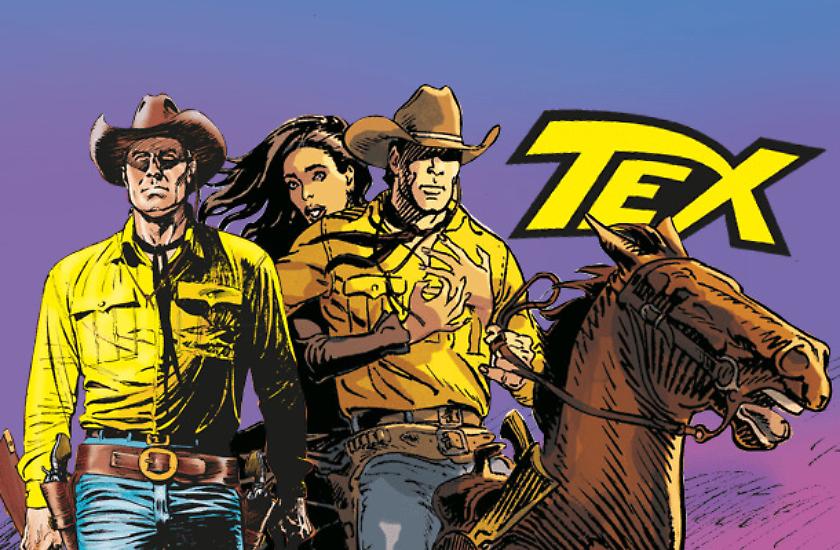 While the echoes of summer are fading away, the new Bonelli season stars under Tex’s sign. Our Ranger is awaited by several memorable adventures, not only on the regular monthly series and the increasingly exciting pages of “Tex Willer” but also in “La frustata” and “I tre fratelli Bill”. The first tale is presented in the luxury format of a French-like “small hardcover” book: in February, this issue left the stage open for the exceptional Texone by Claudio Villa, but in September is back with a new story written by Pasquale Ruju for Mario Milano’s extraordinarily “western-style” art. The second long-form story is our traditional Tex “whale” for the autumnal season. The 27th Maxi, with texts by Mauro Boselli and art by Alessandro Piccinelli, features an event that will send the hearts of the die-hard Bonelli fans racing: a meeting between Tex and the three Bills, the unforgettable trio of enforcers created by G.L. Bonelli in 1952 for Roy D’Amy’s ink. Also, about heroes created by the pen (or, better, “poured out of the typewriter”) of the great G.L., you don’t want to miss the next Avventura Magazine, centered on Yuma Kid, a character conceived by Bonelli in 1953 and designed first by Mario Uggeri’s unique style and, later, by Jorge Moliterni’s art.
Still about maxi-issues, we’ll have La Stirpe di Elän, in a volume that offers the first three chapters of the fantasy saga created by the late Federico Memola; the 40th Maxi Zagor, with a long adventure and the comeback of Christopher, a kid endowed with supernatural powers; the third issue of Dylan Dog OldBoy, with two original stories with a classic flavor. Dylan Dog will also pay a new “visit” to the Planet of the Dead, in his 34th Speciale, while Dampyr will plunge into the evocative Salgari atmospheres on his 16th Speciale. Among our other albums, we’d like to highlight the annual appointment with Storie da Altrove, the series that draw to a conclusion the miniseries Zagor - Darkwood Novels and, on Le Storie, the beginning of a trilogy starring Legs Weaver, the toughest of the Alfa agents, escaped from the pages of Nathan Never.