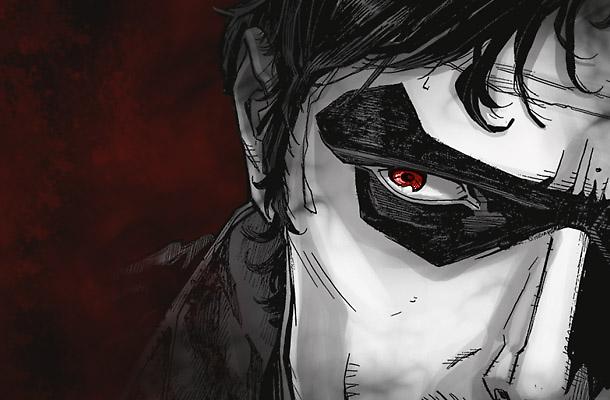 ► What is Morgan Lost’s comic genre??

Morgan Lost is an action-thriller, and I hope that it’ll be full of excitement and dramatic and unexpected turn of events, with hard, realistic action scenes. Each month, I’ll try to offer a story that will catch the readers by their guts and won’t allow them to put the album down until they’ll get to the end of it.

► What’s the origin of the hero’s face for this series? Did you take an inspiration from an actor?

Morgan’s face is vaguely inspired to the actor Ethan Hawke (the leading man, for instance, in "Gattaca", the “Assault on Precinct 13” remake and the more recent "Daybreakers" and "Predestination"). Our artists, then, gave their own interpretation of the character, who took a visual personality of his own, also due to the tattooed mask over his eyes.

► What’s the setting for the series?

Morgan’s stories take place in an imaginary 1950s American city, where the architecture has a noticeable Ancient Egyptian influence. But in New Heliopolis technology is ahead of the corresponding real historical period. You’ll find out he reasons for these differences from our world when you’ll read the stories!

► What’s the reason for such an original color scheme on the pages of the series?

The pages show hues of grey and red, because our hero, Morgan Lost, is color-blind—that’s just the way he perceives the reality around him. I choose this visual formula because I wanted the readers to lose themselves completely in Morgan Lost’s world, and live this world through his eye, in a way.