Who is Morgan Lost? 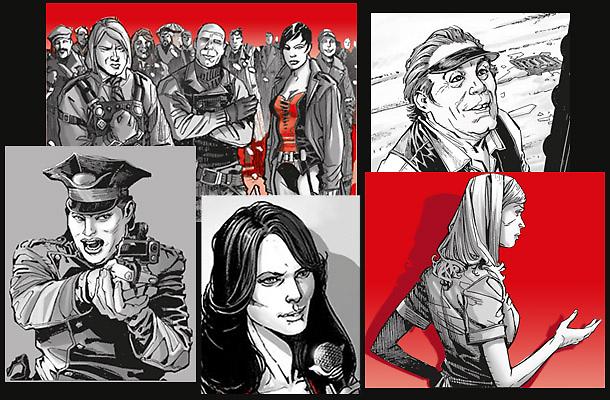 The owner of an old movie theatre, a loyal cop, a respected criminologist and some companions of drinks and adventures!

Pandora Stillman, New Heliopolis’ greatest criminologist, was the mentor of Morgan Lost at the course for serial-killer hunters. A charming and talented woman, she was able to put a stop to some of the worse serial killers who roamed the city. One day, though, her life crossed paths with Wallendream, a serial-killer “rockstar” who fell perversely in love with her: and that was the beginning of the end.

Fitz is the new owner of Morgan’s former movie theater. Our hero often drops by his friend, who has the ability to find otherwise unobtainable films from all over the world just for Morgan.

Regina Dolarhyde is the chief of New Heliopolis’ Police Department. She always sees in the serial killers something reminding her of her ex husband.

Igraine: is a killers’ hunter. Though she might help Morgan in a mission once in a while, he always maintains his “lone wolf” approach.

Jack is a killers' hunter, a nice going guy, sometimes involved with Morgan and his investigations.

Eva: the young waitress of the Hopper's Bar, takes care of Morgan and his friends, treating them as she was their older sister.