Who is Adam Wild

An american hunter whose preys are human beings and a rich heiress without pity, united by a common enemy called Adam Wild!

FRANKIE FROST is an American man who supplies the Barnum/Bailey "human zoos"; he catches human beings just like other hunters catch beasts for the circuses or the zoos of the big cities. Frankie doesn’t spare animals, either, but he doesn’t catch them—the larger the number of beasts he kills, the more he is satisfied. He loves Africa, seeing it as a lawless land, where he’s able to do everything he fancies.

LADY GERTRUDE WINTER is a devious London heiress who will become Frankie Frost’s financial backer and occasional lover out of spite for Adam Wild, who spurned her in the past, when she tried to woo him. She has a morbid attraction for danger and is a huge fan of big-game hunting. She’s also a partner in Uganda Railway, the line that the British want to build between Mombasa and Lake Victoria. A blond, green-eyed, icy, disquieting and androginous presence: that’s how Lady Winter looks. 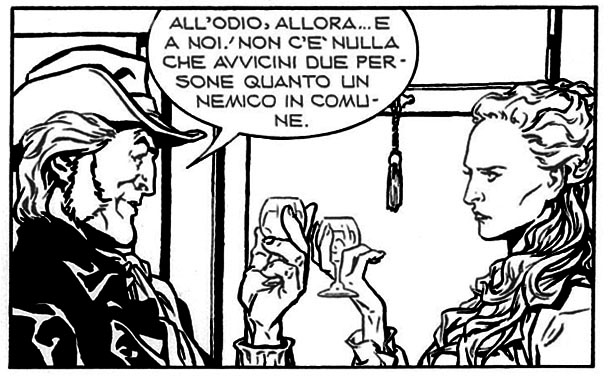