What is waiting for you, each month, on the pages of le Storie?

Everything you need to know about le Storie

WHAT’S THE IDEA THAT UNDERLIES LE STORIE?
Le Storie it’s a series without a recurrent hero; therefore, the authors are allowed to publish the stories they’d always wanted to tell. Enjoying an absolute freedom, they are creating comic books – featuring beautiful art by many of the “big names” of our Publishing House, and also by other artists – that will take us to live every sort of adventure, having History as its setting, or emerging from the cauldron of Imagination.

THE FORMAT OF THE ALBUMS WILL BE AS USUAL?
Yes, it will be the “canonical” format… for Tex’s readers! Meaning that each episode will consist of 110 pages, therefore bigger than our other monthly issues, that offer 94 pages of comics. Since all the books will be self-concluded, we thought the authors could use a few more pages, to “breathe”, and to tell us about a new hero and a new environment each month in the best way they can. 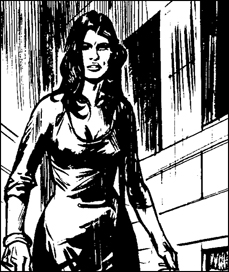 WHAT WAS THE ORIGINAL SPARKLE FOR A SERIES LIKE THIS?
The idea that Mauro Marcheselli, the creator of the series, submitted to Sergio Bonelli when Le Storie was discussed for the first time, was the preparation of a certain amount of comic books following the template of “Un uomo un’avventura” — a series that won the heart of many comics lovers. The formula of the hard-cover comic books, though, never sold enough in our country to guarantee an easy life at the newsstands. That’s why Le Storie became a series of short novels, in the classic Bonelli format, featuring single stories from all the genres, created by the main authors of the Publishing House, with the addition of a few "guest star", writers and artists alike.

FOR THE FIRST TIME ON THE MONTHLY BONELLI ALBUMS, THE COVER HAS THE NAMES OF THE AUTHORS. WHY?
Though it is a monthly series with a “mainstream” format, Le Storie – due to its free structure, without a main hero that lives a different adventure each month – tries to offer stories that won’t stay away from the Bonelli “trademark”, but where the personality of their authors will clearly emerge. So we thought it was the right choice to highlight their role, putting their signature right on the cover of the books.