... a trip in the complex labyrinths of the human mind

Our second Romanzo, “Gli occhi e il buio”, takes us back to the beginning of the XX century for a gripping thriller– a voyage inside the twisted mazes of the human mind.
Paris, 1907. 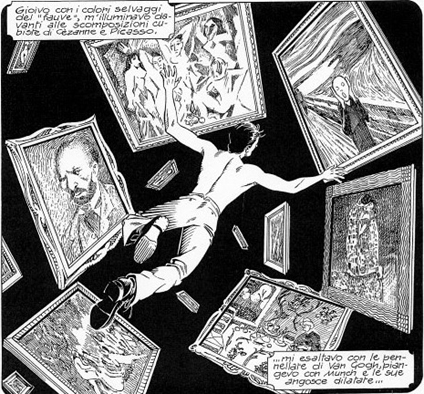 Portraitist Alessandro Simonetti, distraught by his fiancée's tragic death, is plunged in a permanent delirious state. He takes it as an epiphany, the chance to pursue his truest and purest art. Milan, 1908. A series of cruel murders is shocking the city. The investigation is entrusted to the Civic Guards' delegate, Matteo de Vitalis, who forms a special team ready to try everything to stop the dangerous Jack of Hearts!