Everything you need to know about Nathan Never

WHEN DO THE ADVENTURES OF NATHAN NEVER TAKE PLACE?
It is now the year 2118, but since in our hero's world the date system has been turned back seventy years, all things considered his adventures take place almost two hundred years ahead of our time. 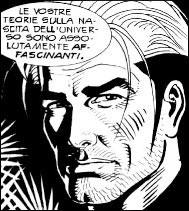 Y IS THERE A CHANGE IN THE DATE SYSTEM IN NATHAN NEVER'S WORLD?
In the year 2024 according to the old date system (that is ours), a missile is launched towards the center of the Earth in an attempt to find a new energy source, and it badly disturbs the natural, climatic and geological balance. The inclination of the Earth's axis is altered and even the physical appearance of the Continents change drastically. In agreement with the rulers of the planet, Pope Gregory XVIII, elected in that same year, has the date system put back to the same time as that of Bali, his native land. The change in the date system symbolizes the necessity for a rebirth, for both a moral and technological reconstruction of the planet.

IS NATHAN NEVER A SORT OF PRIVATE POLICEMAN?
To be precise he's a special agent. In 2084 a law called the Callaghan Act made the establishment of Private Security and Detective Agencies official. Their task is that of working alongside the Police in the crackdown on crime. Nathan works for the Agenzia Alfa, which is the most important and prestigious of the private Agencies in his city, East City.

HOW DID HE BECOME A SPECIAL AGENT?
There is no standard type of training to become a special agent. Nathan became one because, as people usually say, events in his life drove him in that direction. At first he qualified in the space infantry, later he came back to the Earth and enrolled in the Police. However after the tragic event which brought about his wife Laura's death, he accepted Edward Reiser's offer and became an Alfa Agent. 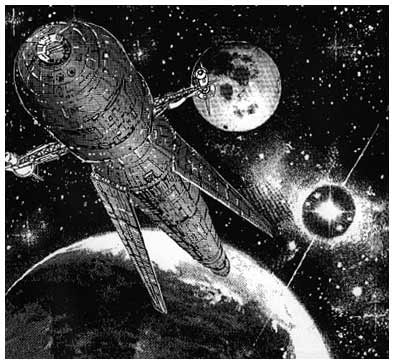 SO IS NATHAN MARRIED?
No. The bitterness and pain he felt after Laura's death, even though many years have passed, still make him very wary today of thinking about remarrying. However, he has for some time been living on the outskirts of the city with Hadija Hab'Ahmal, a very attractive girl from the Middle East.

WHAT'S HIS FAVORITE HOBBY?
Even though he's a special agent this doesn't mean that Nathan loves action at any cost. On the contrary, because of his introverted and reflective nature his friends sometimes affectionately call him "sulky". Nathan loves unspoilt countryside (although few areas have been saved from pollution and climatic disturbances) and he's a real bookworm. He loves collecting old things, especially books. In his world, paper is used to print only one daily newspaper, The City News, and so books, as we know them today, are extremely rare.