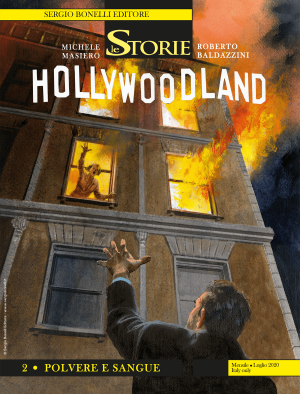 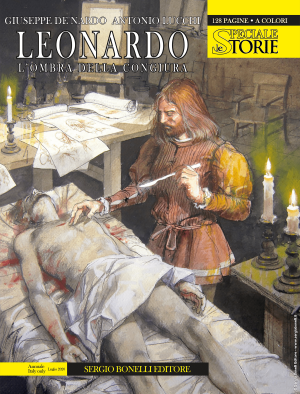 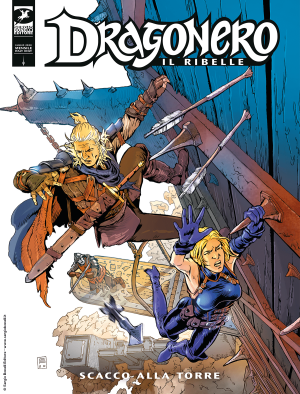 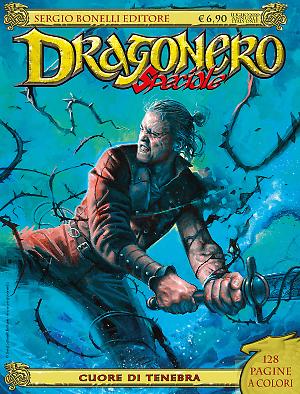 Dear friends,
Welcome back to the pages of our Giornale di Sergio Bonelli Editore online. Traditionally, July and August are two of the most abundant months for Casa Bonelli. This year won’t be an exception, and the summery hot weather will be tempered by our most refreshing new issues... from the past! As you may have already guessed, we are talking about two exciting, long-awaited comebacks. The first one to your newsstands will be Mister No, the Amazonica pilot created by Guido Nolitta, in his historical version that you’ve learned to know and love in his more than 30 years of adventures. In early July, a “maxi-series” of yet unpublished episodes will make its debut. The stories are set before the long sequence of episodes that, back in 2006, constituted the finale of Jerry Drake’s saga. We are positive that Mister No’s fans are looking forward to going along with the easy-going anti-hero by Nolitta, and plunge into the iconic atmosphere of his world.
The fans of the White shaman created by Gianfranco Manfredi will be just as happy: in the four-issue miniseries “Magico Vento - Il ritorno”, you can enjoy new stories starring Ned Ellis. These tales are set after the ending pages of “Ultimo atto”, the 2010 album that closed the first, ample narrative circle of our horror-western saga. Do you need another reason why you don’t want to miss these great returns? Both Mister No – Le nuove avventure n.1 and Magico Vento – Il ritorno n.1 will contain an exclusive free poster!
As our most affectionate readers know, Summer brings an explosion of colors on the pages of Casa Bonelli’s albums. In chronological order, we’d like to highlight the arrival to your newsstands, after a massive success in bookstores, of “I Bastardi di Pizzofalcone”, the unusual and riveting version of the reject cops created by Maurizio de Giovanni’s incredible fantasy; then, the sixth Speciale Dragonero (with a cover by Nicola Mari), Speciale Le Storie n.6 (with the sequel of “Mohawk River”, still by the Boselli/Stano duo), Nathan Never Magazine (with the usual rich treasure of articles and a color version of “Cybermaster”, Agente Alfa’s first Speciale, initially published in 1992) and, to close July, the fifth Speciale Julia, with the early adventures of our Garden City Criminologist. The first day of August will bring you the ninth Color Zagor, this time centered around Gambit, the adventurer; then, Color Tex n.15 (with a long complete story by the evergreen, Claudio Nizzi, with art by a “new entry” on Tex’s pages, Rodolfo Torti), and Dylan Dog Color Fest n.30, under the sign of Groucho, with a new story by Bilotta/Ponchione, and two short stories originally published in the “Grouchomicon” box.
But that’s not all for our one-off issues. For the aficionado of “mysteries”, here’s Maxi Martin Mystère n.10, the third novel by Andrea Carlo Cappi, and the 36th Speciale of the Detective of the Impossible. Then, Speciale Brendon is back, in a black-and-white, two-part issue, and also in two parts a new, tense encounter between Morgan Lost and Dylan Dog. After their recent debuts, the adventures of Odessa’s and Darwin’s worlds continue, as well as the ongoing discovery of the Spirit-with-the-Hatchet’s past, in the exciting series “Zagor – Le origini”.
Have a nice read!