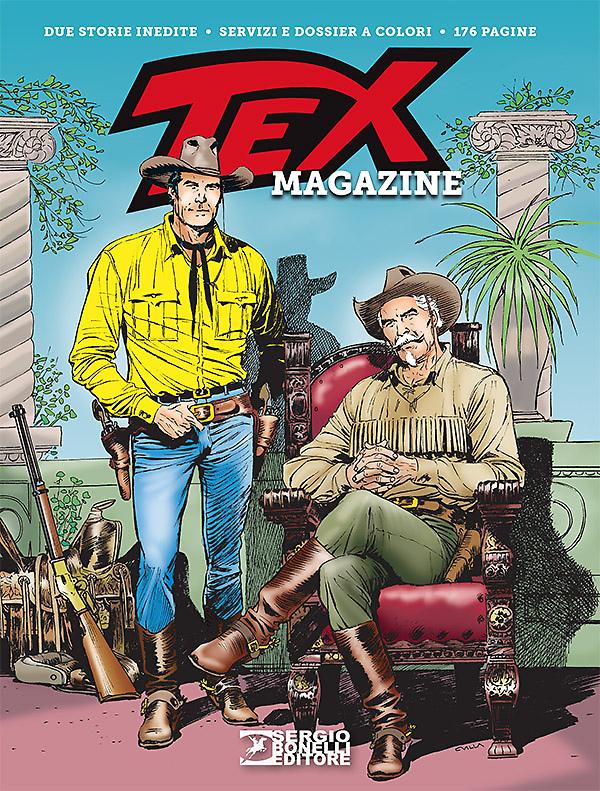 Introduction: In our first Tex Magazine, a horror story for the Ranger, one of Kit Carson's juvenile adventures and West in all shapes and sizes!

Our first Tex Magazine is about West in all its facets, the most peculiar and disquieting included: the greatest cinematic shoot-outs and the popularity of Kit Carson's legend in comic books, also featuring pages full of horse-rides, action and gunpowder! Also, the album comprises two full-lenghth, unpublished stories:

In the dark heart of the forest, an old, evil creature is concealed... Only its fear of running water allows the town of Black Cedars to be safe from its savage fury. But when the course of the river is diverted, after a fight for pastureland, the horror begins. Tex and an old Native man are the only who'll try to resist the ferocity of the beast!

A brave young woman challenges the threat of the robbers who killed her father, and leads a caravan of Hispanic traders' on the Indianola-San Antonio route. The only one who'll go to her aid is a charming ranger with his arm momentarily in a sling: Kit Carson!