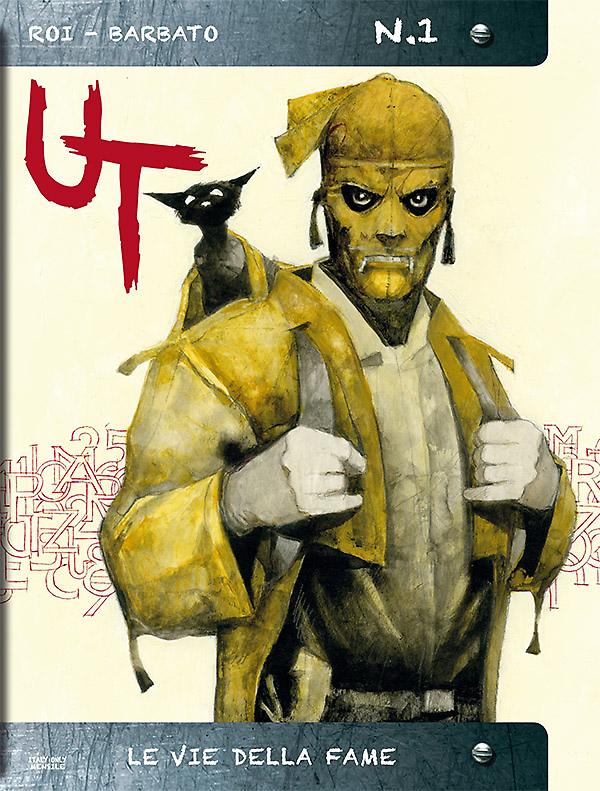 Introduction: The first chapter of our brand new miniseries for 2016!

After the disappearance of Humans, the remains of the planet are inhabited by new anthropomorphic creatures, ruled only by their most basic urges. UT is a primordial creature, a wild and childlike being, whose duties are seeking insects for Decio, the enthomologist, and protecting an ancient mastaba. Out of this building, one day, a different character accidentally emerges: Iranon, a huge, confused giant who has lost his memory. Decio tells UT to always keep an eye on him, because he's “the only specimen of his race”. But Iranon's appearance didn't go unnoticed, and the balance that had been laboriously conquered will begin to change...